As part of his $10 million bail, Weinstein must surrender his passport and wear an ankle monitor 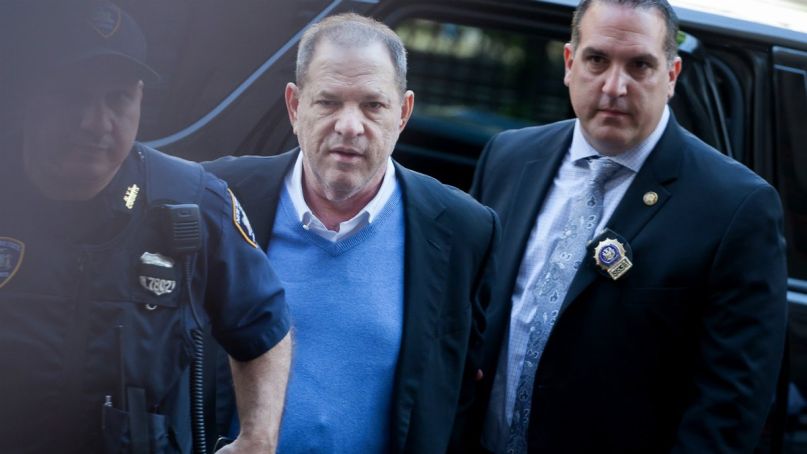 The NYPD began investigating Weinstein in November following numerous allegations of sexual misconduct. Some 80 women, including prominent actresses, have accused Weinstein of misconduct ranging from rape to harassment.

According to the New York Times, at least one of the sex act charges stems from Weinstein’s encounter with Lucia Evans, who said Weinstein forced her to perform oral sex on him during a business meeting in 2004. In an interview with The New Yorker, Evans confirmed that she was indeed pressing charges against Weinstein. “At a certain point, you have to think about the greater good of humanity, of womankind,” she told The New Yorker.

Weinstein entered a plea of non-guilty. His next court date is set for July 30th.

As part of a pre-negotiated $10 million bail, Weinstein must surrender his passport and wear an ankle monitor. His travel will be restricted to New York and Connecticut.

Weinstein is also under investigation by local prosecutors in Los Angeles and by police in London. What’s more, the Wall Street Journal reported yesterday that federal prosecutors at New York’s Southern District had opened their own investigation over Weinstein’s alleged sexual abuse and whether he lured or induced women to travel across state lines for the purpose of committing a sex crime, which is a federal crime.