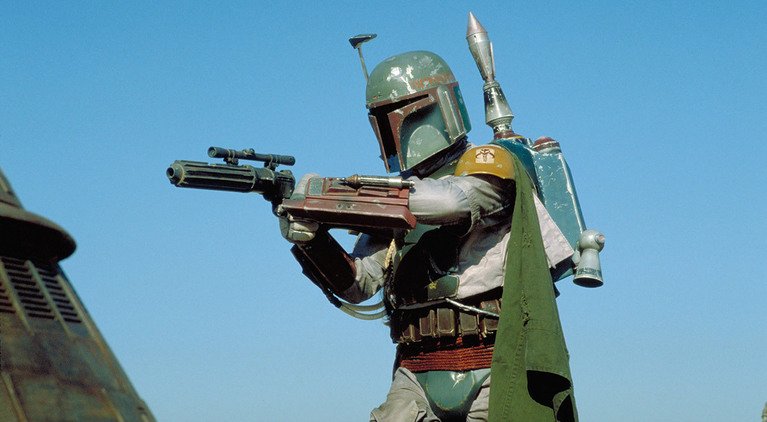 James Mangold has been tapped to write and direct a Boba Fett standalone film for Lucasfilm/Disney, according to The Hollywood Reporter.

Murmurs of a movie focused on Fett have been around as long as Disney has had plans for its Star Wars anthology films. Simon Kinberg, who has written and produced many of the X-Men franchise’s entries, was most recently rumored to be penning the script. It’s unclear if Mangold will take over that work or start from scratch. The two have a close history, however, having both worked on last year’s standout superhero film Logan.

Despite having minimal lines and constantly wearing a now-iconic mask, Boba Fett quickly became a cult favorite character after his debut in 1980’s Empire Strikes Back. The bounty hunter had a bit more to do (including dying) in 1983’s Return of the Jedi, and his origin was a minor subplot in George Lucas’ Star Wars prequels in the late ’90s and early ’00s. It’s not yet known what part of his story will be told in Mangold’s production.

(Read: Ranking: Every Star Wars Movie and TV Show from Worst to Best)

The announcement comes as the latest Star Wars anthology film, Solo: A Star Wars Story, is about to blast its way into theaters. Following 2016’s Rogue One, the Boba Fett feature is the third Star Wars spinoff to officially enter production. Disney and Lucasfilm have a slew of other movies in the works, with Stephen Daldry reportedly in negotiations to helm an Obi-Wan Kenobi standalone and recent talk suggesting the studios are considering a solo Lando Calrissian adventure starring Donald Glover, who debuts as the character in Solo.

Mangold earned praise for breathing new life into the prestige superhero film with last year’s Logan, which he also wrote. He’s also helmed 2013’s The Wolverine, the 2007 remake of 3:10 to Yuma, and the Johnny Cash biopic Walk the Line.