Janelle Monáe shares a list of her 15 favorite books

The singer and actress reveals books that helped shape her aesthetic, her art, and her personal beliefs 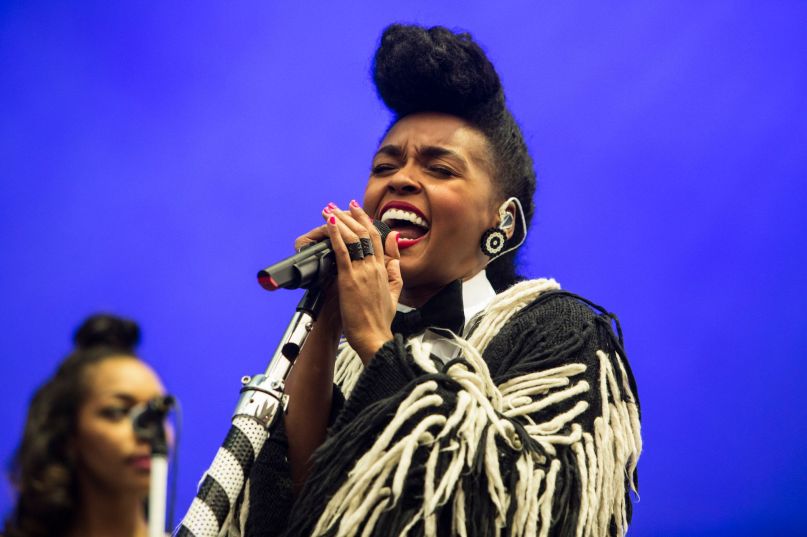 This probably won’t come as much of a surprise, but Janelle Monáe is really into sci-fi. Her early albums carried influences from Fritz Lang’s 1927 trailblazer Metropolis, and this year’s Dirty Computer was accompanied by a short film in which she played an android named Jane 57821. But it’s not just sci-fi flicks she digs, as she’s into books, too. In a recent breakdown from Radical Reads, the singer and actress revealed a deep list of the books that have helped shape her aesthetic, her art, and her personal beliefs.

“Science fiction is just an exciting and new way of telling universal stories and it allows the reader to come to the conclusion and draw parallels between the present and the future,” she told Creators. “I don’t think we enjoy when people remind us, today, this is what’s going on in the world. You know, sometimes we’re so used to hearing that this is what’s happening right now that we become numb to it. So when you take it out of this world, [people] will come to the conclusions themselves. I think it’s important: whatever way you can get the audience’s attention to listen to your message, a strong message at that, then by any means. I think science fiction does that.”

Her list of favorite books isn’t constricted to the genre, however, though it does contain the likes of Octavia Butler, Isaac Asimov, and Aldous Huxley. Rounding out the list are tomes on business, music, and spirituality, as well the autobiography of Malcolm X, which she credits for “[bringing] forth the revolutionary in me.”

See the full list below, and head over to Radical Reads for more insight from Monáe. And for more recommendations, check out reading lists from St. Vincent and David Bowie.

The Complete Stories by Isaac Asimov
Wild Seed by Octavia Butler
Built to Last by Jim Collins
Brave New World by Aldous Huxley
The Singularity is Near: When Humans Transcend Biology by Ray Kurzweil
Sapiens: A Brief History of Humankind by Yuval Noah Harari
Zen Guitar by Philip Toshio Sudo
The Big Moo by Seth Godin
The Autobiography of Malcolm X by Malcolm X
Confessions of a Political Hitman by Stephen Marks
Writing Better Lyrics by Pat Pattison
The Great Cosmic Mother by Monica Sjöo
Scrum: The Art of Doing Twice the Work in Half the Time by Jeff Sutherland
Creativity, Inc.: Overcoming the Unseen Forces That Stand in the Way of True Inspiration by Amy Wallace & Edwin Catmull