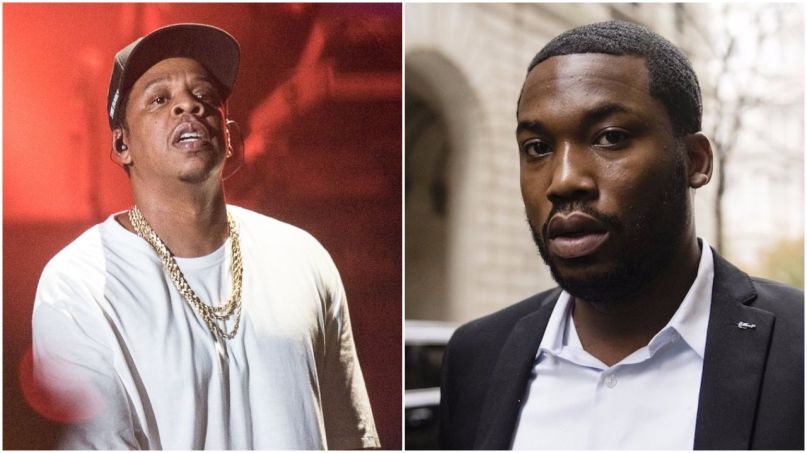 Unlike some other celebrities, JAY-Z’s been taking his platform seriously as of late, using his considerable clout to produce a documentary about Trayvon Martin and, now, another about rapper Meek Mill, who was recently released from prison after being incarcerated under sketchy, unjust means. In an op-ed for The New York Times, Hova called the case “just one example of how our criminal justice system entraps and harasses hundreds of thousands of black people every day.”

Per The Hollywood Reporter, JAY-Z’s documentary will be a six-part series for Amazon exploring the rapper’s “fight for exoneration while exposing flaws in the criminal justice system.” The goal is to shine a light on the ways in which African-Americans are incarcerated at nearly six times the rate of those in the white community.

Along the way, it will also highlight Meek’s life, from his childhood trauma to his budding career to what the documentarians claim is a “vast conspiracy” behind his latest imprisonment. Furthermore, it’s being classified as an “investigative” series, and producers promise to unearth the modes of corruption that have already been hinted at by the FBI’s reported investigation into Philadelphia judge Genece Brinkley, who presided over Meek’s case, and her alleged relationships with those in compromising positions.

It will be executive produced by JAY-Z and his Roc Nation banner, as well as Intellectual Property Corp.’s Eli Holzman and Aaron Saidman, investigative journalist Paul Solotaroff, and documentary filmmaker Isaac Solotaroff. It’s slated for a 2019 premiere date.