"I mean, I would have loved to have gotten a more explicitly LGBT character into this movie," says Jonathan Kasdan 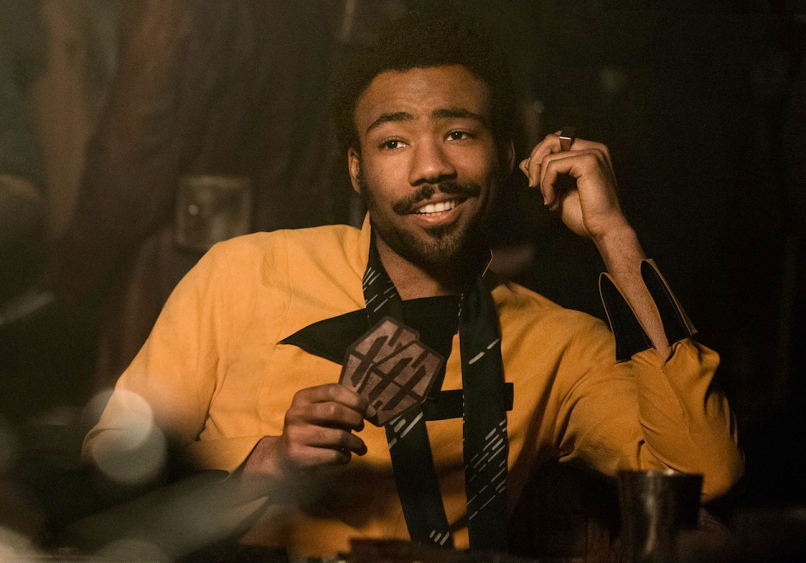 Lando Calrissian has always made the ladies swoon since his first appearance in The Empire Strikes Back. But it turns out that he’d be just as happy with men or droids swooning over him, too. One of the writers of the forthcoming Solo: A Star Wars Story, Jonathan Kasdan, has stated emphatically that he views the character of Lando as pansexual.

Kasdan, who wrote Solo with his father and long-time Star Wars movie scribe Lawrence Kasdan, was questioned about Lando’s sexuality in an interview with The Huffington Post. “I would say yes,” the younger Kasdan said when Billy Bradley asked if Lando could be pansexual.

“There’s a fluidity to Donald [Glover]’s and Billy Dee [Williams]’s [portrayal of Lando’s] sexuality,” Kasdan explained. “I mean, I would have loved to have gotten a more explicitly LGBT character into this movie. I think it’s time, certainly, for that, and I love the fluidity ― sort of the spectrum of sexuality that Donald appeals to and that droids are a part of.”

Pansexuality is defined as “not limited in sexual choice with regard to biological sex, gender, or gender identity. That means that yes, Lando could be sexually attracted to droids — or potentially any other organic species out in the galaxy that don’t conform to binary humanoid genders. “He doesn’t make any hard and fast rules. I think it’s fun,” Kasdan added. “I don’t know where it will go.”

Lucasfilm themselves have not commented on Lando’s sexuality, though there are plenty of moments in Solo that have caught the attention of early viewers. We won’t spoil anything here, but suffice it to say there are a few flirtatious lines of dialogue that have sent the ol’ Internet ‘shippers a-sailing.

To be fair, this isn’t the first time a Star Wars character has been “outed,” and as usual it’s happened off-screen. Vice Admiral Amilyn Holdo, played by Laura Dern in Star Wars: The Last Jedi, was revealed to be queer in a tie-in novel entitled Leia: Princess of Alderaan. There was no sign of this in the film, however, so who’s to say if Lando’s sexuality would be a prominent aspect of that spin-off film Lucasfilm is thinking about making.