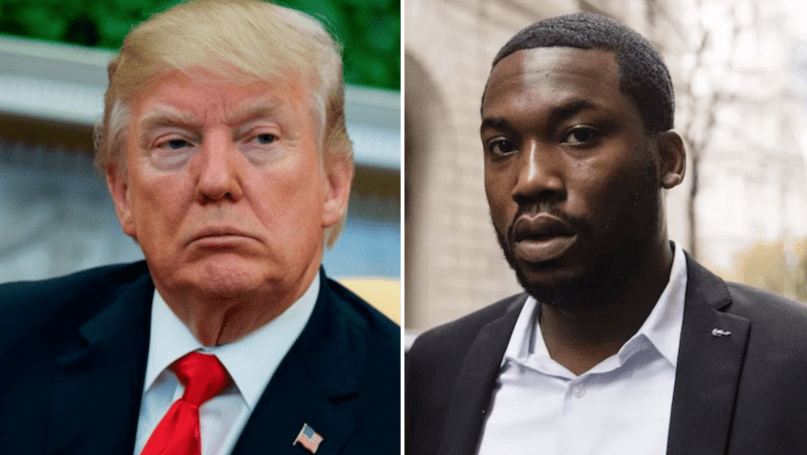 Yesterday, Meek Mill was invited to the White House to discuss his recent experiences in the prison system due to a probation violation. After initially agreeing to the visit, Mill’s response is now a hard pass.

TMZ reports that Mill’s visit was to be a part of a White House summit on prison reform, a cause about which Mill (né Robert Williams) has been publicly and passionately outspoken since his release from prison in April. Seeing as the flawed system is what put him behind bars in the first place, the Philadelphia rapper has also become an advocate for parole reform. Mill was set to discuss these issues with a White House official, though whether that person was to be President Trump or another White House staffer, we may never know.

Mill made the call to cancel after conversations with “prominent African-Americans” concerned about the trip. One such person: JAY-Z, a friend and advocate for the rapper, and also the founder of Roc Nation, which represents Mill. Initial reports indicated that Hova was a key part of this decision, but a later statement from a source close to Jay denied such claims, saying that he “did not force or even convince” Mill to bail on the trip.

In a statement to TMZ, Mill said,

“I was originally scheduled to be part of a panel on Prison Reform at the White House to help shed light on the issues within the system. Unfortunately, the focus turned to the President and Myself which concerned me that it might take away from creating a positive result from today’s discussions. As a result, I decided not to attend so that the focus would be solely on fixing our prison system. Most importantIy I remain fully committed to improving our criminal justice system.”

Mill was recently released from prison after the Supreme Court of Pennsylvania overturned his bizarrely long sentence of two to four years for a parole violation. The violation charges were thrown out, and both the prosecutor and parole officer argued that Meek should not serve additional jail time. Mill’s attorneys argued that the sentence, handed down by Judge Genece Brinkley, was unjust and the result of the judge’s “enormous bias.” The rapper’s legal battles are soon to be the subject of a six-part documentary produced by JAY-Z.