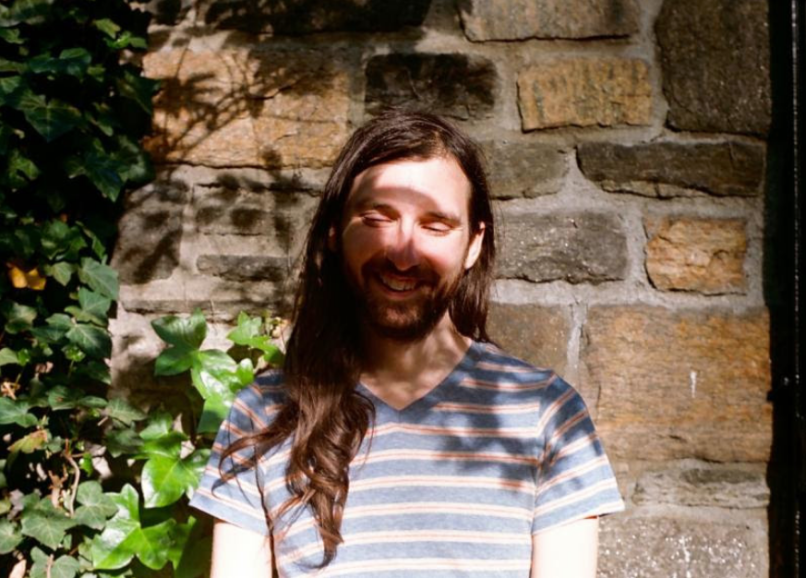 Mutual Benefit will return this fall with a new album entitled Thunder Follows the Light. The follow-up to 2016’s Skip a Sinking Stone is due out September 21st through Transgressive Records.

Jordan Lee, the multi-instrumentalist and producer behind the Mutual Benefit moniker, continued to weave pop and orchestral elements around his pastoral indie folk for this latest “patient and prismatic collection of songs.” As a first listen, he’s shared two songs, including the barely-folk “Storm Cellar Heart”. Floating along piano and subtly flittering horns, the song is the pop embodiment of a dream that blends into wakefulness just as the day begins.

The second preview of Thunder, “New History”, is more straightforwardly folk. Sliding guitar work and harmonica dance together in the bridge, while Lee is joined by Yohuna’s Johanne Swanson on vocals. In a press release, Lee explained the lyrical meaning of the tune: “I think people in power benefit greatly from a general lack of historic memory in the US. I’ve been wondering if the first step to imagining a more just world is to study our history better, not just the linear revisionist one that is oft-repeated but all the unsung champions of equal rights as well as the acts of unthinkable cruelty that humans are also capable of.”

Take a listen to both “New History” and “Storm Cellar Heart” below.

Mutual Benefit will play a rare solo UK show this Thursday, May 24th, at London’s The Lexington. More dates around the world are expected to be announced soon, so stay tuned. For now, check out the Thunder Follows the Light album art and tracklist below, and pre-order the record via Transgressive.