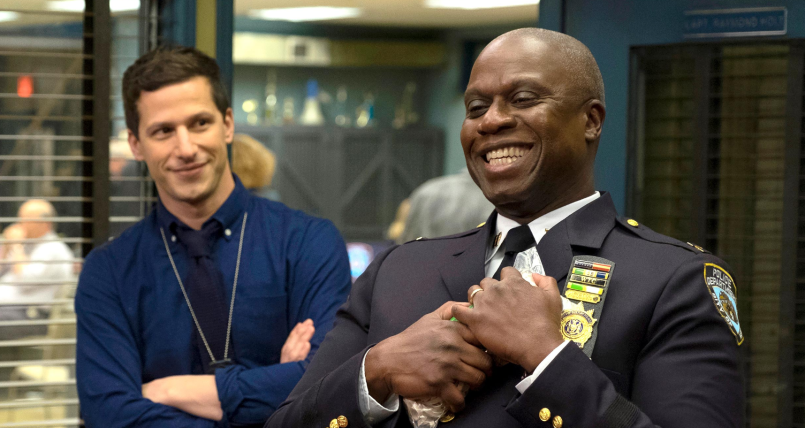 Brooklyn Nine-Nine will live to see another day.

NBC has swooped in and saved the buddy-cop comedy days after it was canceled by FOX. According to The Hollywood Reporter, the network struck a deal with Universal Television to air the show’s 13-episode sixth season.

Along with NBC, Hulu, Netflix, and TBS all expressed interest in reviving 99. But ultimately, it appears NBC’s long history with 99 creator Michael Schur helped seal the deal. The network was previously home to Schur-produced series The Office and Parks and Rec, and airs two of his current projects in The Good Place and Abby’s.

“Ever since we sold this show to Fox I’ve regretted letting it get away, and it’s high time it came back to its rightful home,” said Robert Greenblatt, NBC Entertainment chairman, in a statement. “Mike Schur, Dan Goor and Andy Samberg grew up on NBC and we’re all thrilled that one of the smartest, funniest, and best cast comedies in a long time will take its place in our comedy lineup. I speak for everyone at NBC, here’s to the Nine-Nine!”

The cast and crew of 99 celebrated the news on social media:

Hey everyone, just wanted to say no big deal but….
NBC JUST PICKED #BROOKLYN99 UP FOR SEASON 6!!!
Thanks in no small part to you, the best fans in the history of the world!

#Brooklyn99 IS COMING BACK FOR SEASON 6 YOU GUYS ON NBC!!!!! You did this!! You got loud and you were heard and you saved our show!! Thank you!! Thank you to NBC!! NINE NINE!!!!! pic.twitter.com/cTycfF4FoR

So happy to announce:
NBC IS PICKING UP BROOKLYN 99 for SEASON 6!!!