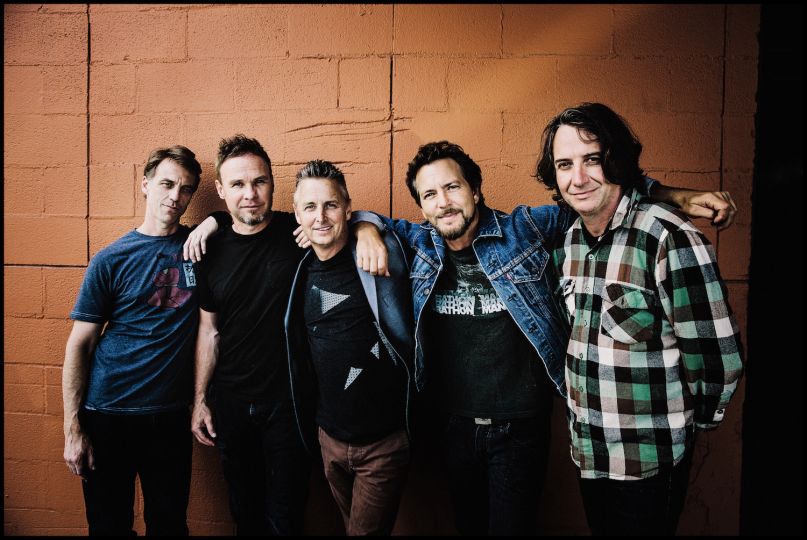 Pearl Jam returned in March with “Can’t Deny Me”, which served as the first single off the band’s upcoming eleventh solo album. We haven’t heard much about the album since then, and that’s probably because it’s not yet finished. And it probably won’t be for some time.

Appearing on Kyle Meredith With…, Pearl Jam bassist Jeff Ament said the band needs “a good solid six to eight weeks carved out where we’re just recording all these ideas that we have.” That likely won’t happen until the fall, as the band will be busy touring over the next several months.

Whenever the album does finally surface, Ament predicts something that’s “going to be really good,” as “there’s a lot to be inspired by and a lot to be pissed off about.”

Elsewhere in the interview, Ament discounted the possibility of anniversary box sets for No Code and Yield similar to the ones they did for their first three albums. He noted that Pearl Jam already reissued No Code and Yield on vinyl, “mainly because we saw what people were paying for them on eBay. We opted to remaster those records and put them out in that form.”

Ament was also asked whether Pearl Jam is planning a 30th anniversary event a la the multi-day festival they put together in celebration of their 20th anniversary in 2011. “I probably won’t be the one leading the charge for that, because I wasn’t really that into doing the 20th anniversary,” Ament remarked. “I always feel like there’s danger in looking back. I always want to make new music and play new shows and go to new places. That said, I’m sure somebody will three three Xs on a t-shirt.”

Also during the interview, Ament spoke of his new solo album, Heaven/Hell, and how he came to collaborate with Angel Olsen. Listen the full interview above, or below via YouTube.

Kyle Meredith With… is an audio interview series presented by Consequence of Sound and Louisville’s 91.9 WFPK.