Meanwhile, the R&B singer is facing a new lawsuit in which he's been accused of sexual battery, false imprisonment, and failure to disclose an STD 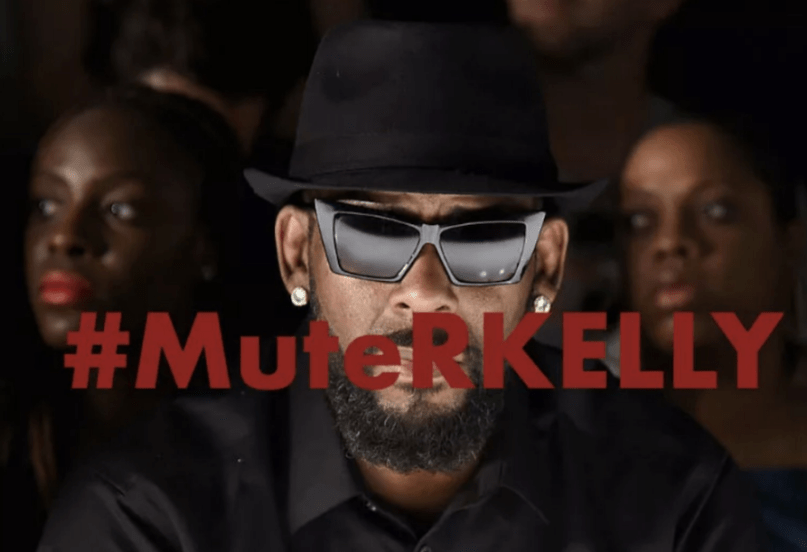 Recently, Spotify, Apple Music, and Pandora all took a stand against R. Kelly by removing his music from their featured playlists. The moves came as the #MuteRKelly movement has picked up steam in the wake of even more accusations against the “Ignition” singer of sexual misconduct, assault, and abuse — including running an alleged “sex cult.” While some artists have seen a massive dip in performance since being affected by the enactment of similar hate content policies, Kelly’s streams have actually increased.

From the day Spotify announced its policy change on May 10th to May 16th, Kelly’s streaming numbers hit 6,676,000, up from the average 6,584,000 weekly streams his music typically receives. To be fair, the increase is relatively minor (an artist like Drake saw 112,735,000 streams per week last year, for comparison), and again, it’s being compared to an average.

“Frankly it’s not important in this context whether people are listening to his music or not, what’s important is that Spotify is holding itself to the standard that they themselves established and they live up to it,” co-founder and executive director of the women’s advocacy group UltraViolet Shaunna Thomas told the Associated Press. She cautioned people from reading too far into the up tick, adding, “To argue that these numbers reflect the common consensus about whether people want to be paying for his music and helping him profit off the type of music he creates and the type of person he is, I think it’s very early in the game to suggest that.”

On the other hand, Billboard reports that another artist whom Spotify removed from playlists, XXXTentacion, saw his smash “SAD!” lose 17% of its streams per day over the same six days. Using data from Nielsen Music which charts on-demand streaming of “SAD!” dropping by 9% across all platforms in the US, Billboard estimates that the rapper could lose as much as $60,000 in revenue over the course of the year. And that’s just from one track.

But it’s not all sunny news for the embattled Kelly. The R&B singer is now being sued by a woman who claims he sexually assaulted and abused her when she was 19. TMZ reports that Faith Rodgers has filed a lawsuit in New York City accusing Kelly of sexual battery, false imprisonment, and failure to disclose an STD.

Rodgers originally filed a complaint with the Dallas Police Department under the name Jane Doe back in April. In that report, she stated Kelly knowingly transmitted an STD to her and was grooming her for his sex cult. “Kelly gradually introduced the cult to our client over the course of their relationship, culminating with an explanation that she would have to sign a contract and offer collateral information about herself and her family for Kelly’s protection,” Rodgers’ lawyer, Lee Merritt, said at the time. Rodgers attempted to record a confession from Kelly during a recent phone call, as you can hear above.

In the new suit, Rodgers states she met Kelly when she 19 years old after a concert in San Antonio, Texas in March 2017. A few months later, he flew her out to NYC for another show, after which the singer allegedly “bombarded” her hotel room and forced “unwanted sexual contact,” both orally and vaginally. In the suit, Rodgers descries the interaction as “abusive sex” and says Kelly afterwards criticized her “for being boring in bed.”

Rodgers says she and Kelly dated for a year, a time filled with mental, verbal, and sexual abuse. Court documents state that Kelly gave Rodgers herpes, a disease he failed to inform her about. She also claims he would punish her for leaving him sexually unsatisfied by locking her in rooms, studios, or cars. Apparently, Kelly’s female assistant would stand guard to prevent Rodgers from escaping.

This is just the latest in a long line of sexual abuse and misconduct accusations leveled against Kelly. From his illegal marriage to an underaged Aliyah to the infamous video that allegedly showed him having sex with a 14-year-old girl and christening the term “pee pee tape” before our current POTUS, Kelly has long been plagued by a disturbing specter. He was acquitted on 21 counts of child pornography in 2008, but something tells me the court of public opinion is going to pass judgement on those Spotify streams sooner rather than later.