Rick Moranis comes out of retirement to reprise Spaceballs role 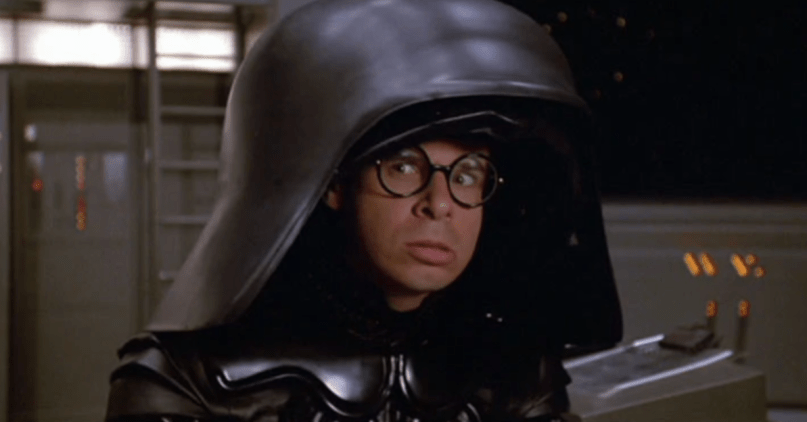 ABC’s The Goldbergs knows its way around a moment of pop-culture nostalgia. In its five seasons, the Adam F. Goldberg-created series has dallied with Star Wars, The Goonies, Dirty Dancing, and other classics of the ’70s and ’80s. With this week’s episode, they’ve pulled off a real coup: tempting Rick Moranis out of retirement.

This week’s episode will see the Ghostbusters and Honey, I Shrunk the Kids star reprise his role as Dark Helmet, the villain from the 1987 Mel Brooks film Spaceballs. Reportedly, the voiceover cameo will occur as part of one of Adam’s (Sean Giambrone) dreams. Per USA Today, he’ll encounter “Dark Helmet storming his bedroom to battle with the Schwartz,” a riff on the Force of the Star Wars universe.

With the exception of a few voice performances, Moranis has been out of the acting world since 1997. In a statement to USA Today, Goldberg detailed his reasons for coaxing Moranis out of his semi-retirement:

“I truly think Rick Moranis gave the most underrated and brilliant comedic performance in any ‘80s movie as Dark Helmet… I’ve been a lifelong fan of his work and became obsessed with having him reprise the role on my show. As an added bonus, maybe this even gets Spaceballs back in the conversation, and I can get my dream of helping make a sequel!”

The episode, aptly titled “Spaceballs,” is the penultimate outing in the show’s fifth season, and will air Wednesday, May 9th, 2018, at 8 p.m. EST.