Lucasfilm head Kathleen Kennedy: "It's something [I'd] like to do one day in the future" 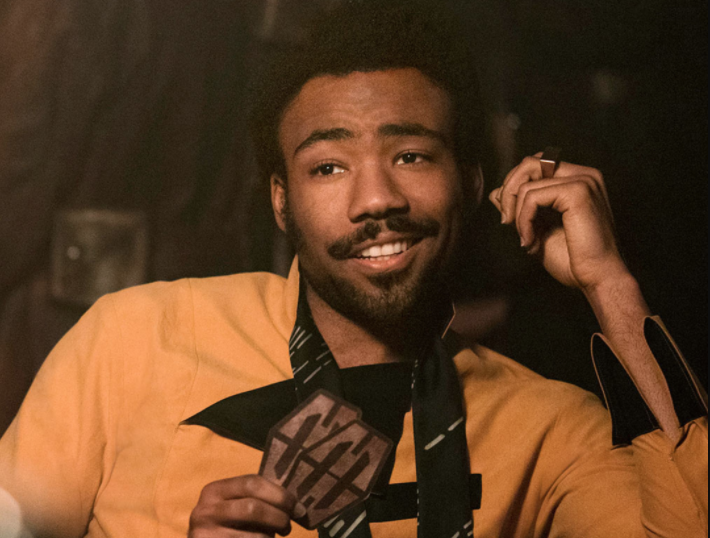 Despite a troubled production, things are looking bright for Disney’s Solo: A Star Wars Story, which CoS editor-in-chief Michael Roffman called “the best kind of Star Wars movie” in his effusive review. Now, after a strong opening at Cannes, it appears that Lucasfilm head Kathleen Kennedy is already thinking about the spin-offs of this spin-off, which could very well lead to a film built around Donald Glover’s Lando Calrissian.

Kennedy touched on the possibility in an interview with Premiere France, though there’s been some hubbub regarding the translation of her comments. Initially, Premiere France quoted Kennedy as saying, “We think that the next spinoff will be dedicated to Lando Calrissian. Of course, there are still many stories to tell about Han and Chewbacca, but Lando will be next.”

However, after several publications began running with the quote, Lucasfilm issued a clarification, saying her comments were mistranslated. “[Kennedy] said it’s something she’d like to do one day in the future,” a rep Lucasfilm rep told iO9. However, as of now, nothing has been announced by the studio.

Either way, a Lando spin-off seems like a foregone conclusion at this point, with Glover being the name on everybody’s lips due to his landmark second season of FX’s Atlanta, his zeitgeist-grabbing video for “This Is America”, and his long history of being one of the best parts of anything he’s ever done. So, even if it’s not confirmed yet, it’s not much of a stretch to imagine that it’s currently percolating in the minds of Lucasfilm creative.

Solo: A Star Wars Story opens on May 25th. Be sure to stay up on the latest developments with Consequence of Sound’s own State of the Empire: A Lucasfilm Podcast, and watch the flick’s latest trailer below.