Our scruffy-looking nitpickers sort out the highs, lows, and expanded universe easter eggs 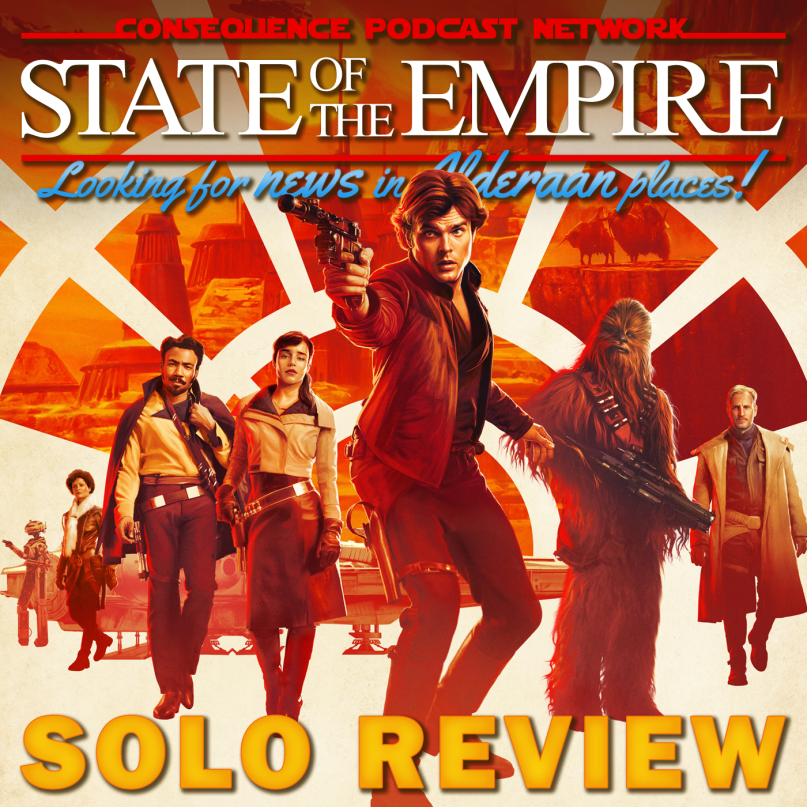 
To keep tabs on the ever-growing pop culture zeitgeist that is Star Wars, we bring you State of the Empire. Led by Art Director Cap Blackard, the series speculates on the future of the franchise and looks for news in Alderaan places.

For the highs and lows of Solo: A Star Wars Story‘s production, the chance of success was not unlike successfully navigating an asteroid field. But just like Han Solo himself, somehow this scappy film pulled through and surprised us all. The movie we didn’t want is top shelf Star Wars.

On this special episode, we offer some spoiler-free thoughts before opening up the blast doors and letting these scruffy-looking nitpickers sort out the highs, lows, and our two cents on the film’s shockingly tasteful fan service and easter eggs.

Even if you haven’t seen the film yet, you’ll also want to scope out the beginning because we’ve got some breaking Star Wars news with further details on the Obi-Wan film and confirmation that the long-shelved Boba Fett movie is rocketing into production.

— Our prior episode learning Solo‘s secrets
— The Galaxys’ Edge teaser