The follow-up to the group's 2015 album, Ego Death, is coming this July 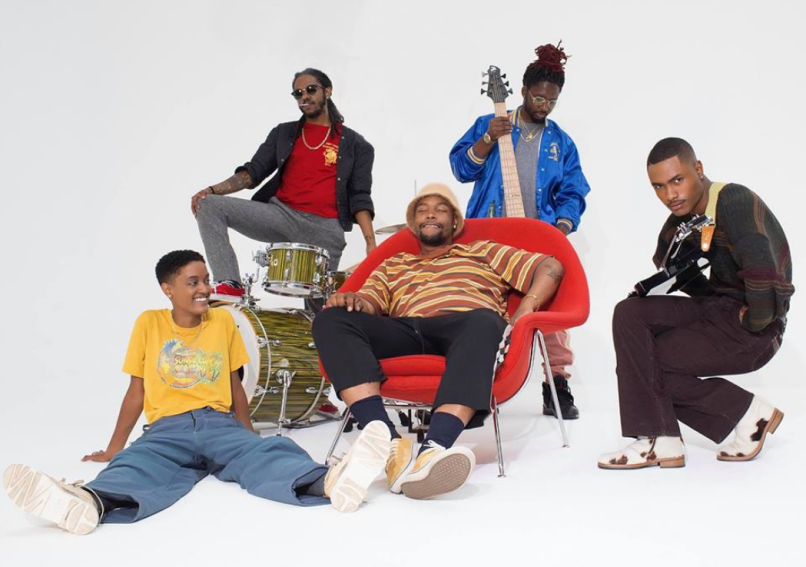 The Internet returned back in April with their track “Roll (Burbank Funk)”, their first single since their 2015 album Ego Death was nominated for a Grammy. Today, they’ve announced details of the album from which “Roll” originates, Hive Mind.

Due out July 20th via Columbia Records, Hive Mind is the alternative R&B outfit’s fourth full-length overall. The effort came about after the individual band members spent 2017 working on solo projects, like Syd’s Fin and Steve Lacy’s Steve Lacy’s Demo. Once back together, they determined to use their futuristic neo-soul sounds to champion the sense of unity they felt as a group amidst the tumult of the modern world.

“After making a few songs we realized that we really want to use this album to live by example and promote camaraderie amongst young black people,” Syd explained in a press release. “We realized that we’re the only band of our kind. And we want to really solidify ourselves as that, as the best.”

As another example of that uniqueness, The Internet have shared the new album track “Come Over”. A bit of sensual funk, the smooth jam is the epitome of that strange middle ground between Netflix and Chill and Romance and Chill. “We can play Simon Says/ Or watch TV in bed/ Wake with the sunrise/ Sleep in it’s alright,” Syd sings. “Ain’t even gotta sex/ Mmm but, I know what you like.”

Pre-orders for Hive Mind are now live. The album art and tracklist are ahead.

The Internet have a number of European summer festival dates scheduled for the summer, as well as appearances set for US festivals Outside Lands and Afropunk in both Brooklyn and Atlanta. Find their itinerary below.