The Kills perform “List of Demands (Reparations)” on Colbert: Watch 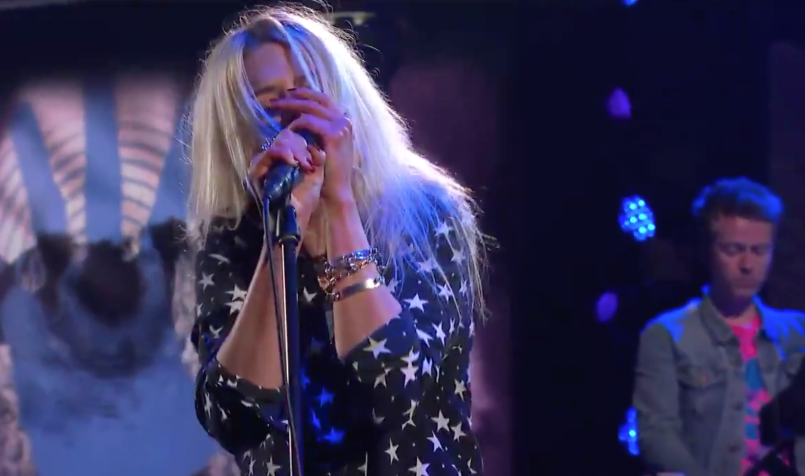 The Kills on The Late Show with Stephen Colbert

Hot off the boards, The Kills returned to the Late Show on Tuesday to deliver another fiery performance for Stephen Colbert. Granted, it’s been close to two years since frontwoman Alison Mosshart and guitarist Jamie Hince last entertained the late show host, but he clearly remembered the rockers — and for good reason. Since we’re still waiting for a follow-up to 2016’s Ash & Ice, the pair performed their recent Saul Williams cover, “List of Demands (Reparations)”, which they released as a 7-inch this past March. Watch it below.

The Kills will soon head overseas for a string of shows in Europe, which include a gig at Netherland’s Best Kept Secret and opening spots for Foo Fighters. Come August, however, they’ll be joined by Saul Williams for a show in Los Angeles. Grab all the dates here.