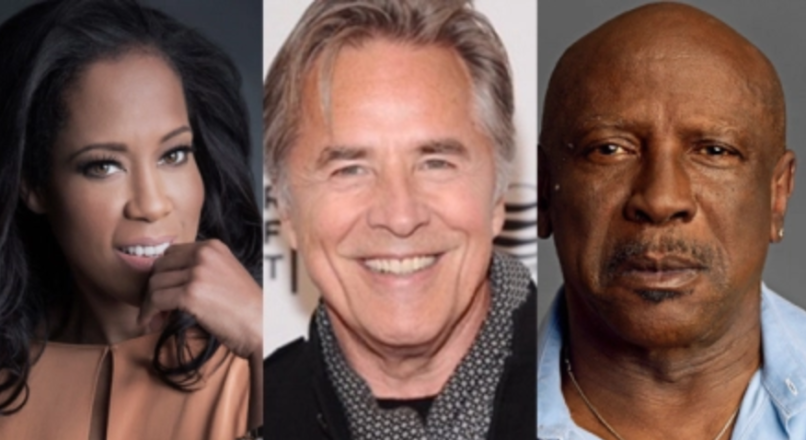 Following a five-page missive detailing the vision for his HBO adaptation of Watchmen, Damon Lindelof has confirmed the first six cast members.

Regina King, who starred in Lindelof’s The Leftovers, has nabbed a lead role in the writer/producer’s latest project. She’ll be joined by Miami Vice’s own Don Johnson (!), plus Tim Blake Nelson (O Brother, Where Art Thou?, Holes), Adelaide Clemens (Rectify, X-Men Origins: Wolverine), and Andrew Howard (Bates Motel). Academy Award-winning actor Louis Gossett Jr. (Roots, An Officer and a Gentleman) is also part of the cast.

Details regarding the show’s plot are being kept close to the vest. However, in his aforementioned mission statement, Lindelof said his adaption isn’t a sequel, but rather a “remix” of Alan Moore and Dave Gibbon’s original comics.

“We have no desire to ‘adapt’ the twelve issues Mr. Moore and Mr. Gibbons created thirty years ago,” Lindelof explained. “Those issues are sacred ground and they will not be retread nor recreated nor reproduced nor rebooted. They will, however be remixed. Because the bass lines in those familiar tracks are just too good and we’d be fools not to sample them.”

He add that “this story will be set in the world its creators painstakingly built.… but in the tradition of the work that inspired it, this new story must be original. It has to vibrate with the seismic unpredictability of its own tectonic plates. It must ask new questions. and explore the world through a fresh lens. Most importantly, it must be contemporary.” As such, “Some of the characters will be unknown. New faces. New masks to cover them.”

Variety reports that King will be playing a female cop named Angela Abraham, while Gossett Jr. will portray a former cop named simply, Old Man. Clemons is believed to be playing an androgynous police officer named Pirate Jenny and Howard has been cast as a cop named Red Scare, who apparently wears a track suit and speaks with a Russian accent.

Nicole Kassell, who also worked with Lindelof on The Leftovers, will direct the Watchmen pilot.