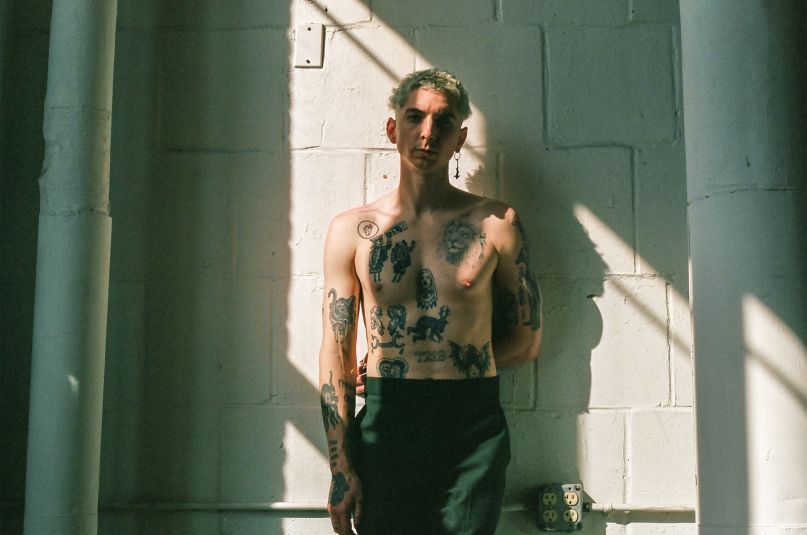 Trevor Powers dissolved his Youth Lagoon project back in 2016, then returned earlier this month with a new single, the moody, dreamlike “Playwright”. Now, Powers has emerged with details regarding his solo debut, as well as two new songs.

The LP, titled Mulberry Violence, was recorded across six weeks in Tornillo, TX, at Sonic Ranch with Beyoncé collaborator Stuart White. Powers built the album from his own poetry, as well as a series of audio experiments that were inspired by the visual works of artists such as Francis Bacon, Sister Gertrude Morgan, and Harry Clarke.

In a press statement, Powers says of the album, “Mulberry Violence…is where stillness meets pandemonium. Dead air meets babel. Harmony meets war. Sisters from the same womb, separated at birth. It served as a personal document of the everlasting battle inside of us. No one has it figured out; least of all me.” Read his full statement below.

You can hear Powers’ interest in texture and avant-pop experimentation in the new singles, which weave together hip-hop beats and R&B melodies with orchestral grandeur, as well as found sounds and jarring scraps of noise. Powers’ delicate, insectoid vocals float throughout it all, exuding the same kind of vulnerability that made Youth Lagoon so approachable. Listen to “Ache” and “Plaster Saint” below.

Mulberry Violence is due out August 17th via Powers’ own Baby Halo.

Powers will also hitting the road this fall for a tour of North America and Europe. Check out his full itinerary.