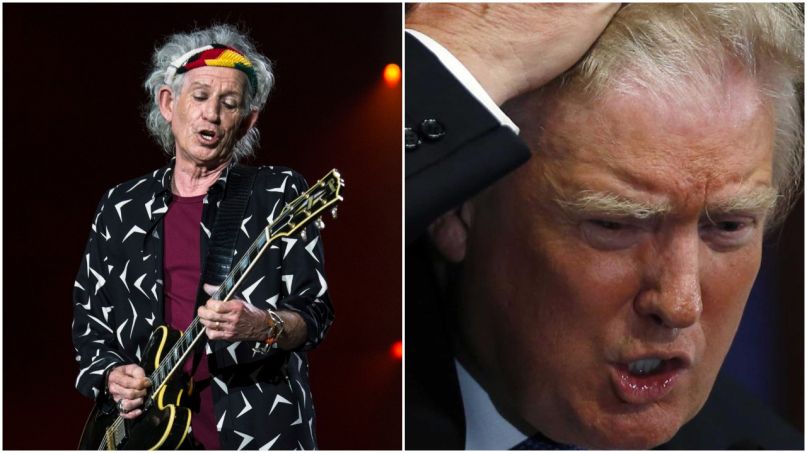 Classic rock fans might’ve raised an eyebrow or two while readingThe New York Times latest dig into the investigation of President Trump’s alleged ties with Russia. In the early, pre-election days of the investigation, it was known by an internal code name, Crossfire Hurricane, a phrase you might recall from the Rolling Stones‘ 1969 classic “Jumpin’ Jack Flash”.

The Times confirms that the code name was indeed a reference to the song, and an accompanying piece detailing the government’s code name process brings up that it was guitarist Keith Richards who inspired its creation. “In his book Keith Richards: The Biography, Mr. Bockris wrote that Mr. Richards was born amid the bombing and air raid sirens of Dartford, England, in 1943 at the height of World War II. ‘I was born with those sirens,’ he said.”

The investigation, which is now run by Special Counsel Robert S. Mueller III, is no longer known by the code name, though it has brought charges against former Trump campaign officials and more than a dozen Russians.

Will it dig up any genuine dirt on Trump? Time will tell, but Richards certainly hopes so.