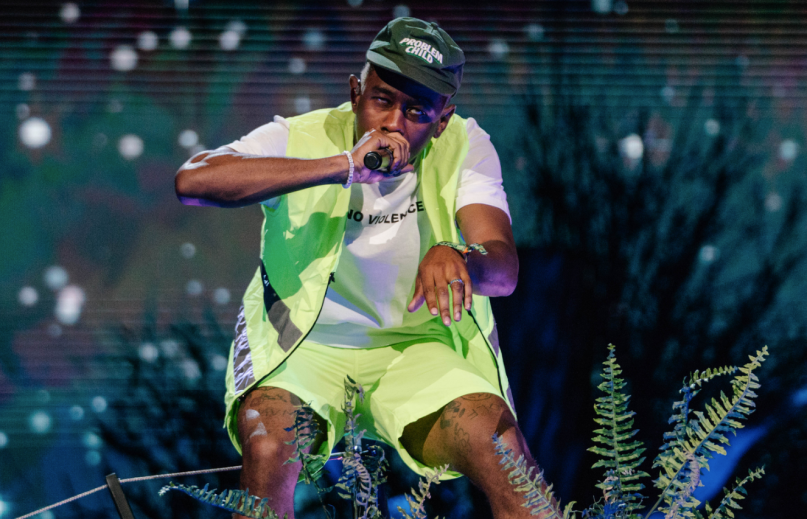 Tyler, the Creator has dropped a handful of tracks over the last few months. “Okra” came in March, then “Rose Tinted Cheeks” in April, and he hoped on a remix of Drake and Trouble’s “Bring It Back” just for kicks. Now, “because why not,” he’s shared another new song called “435” along with a corresponding video.

In a tweet, Tyler said the track “was recorded like early Feb, just a verse I recorded in Philly on the Flower Boy tour, this is not an indication of how future things will sound.” Both the song and the video appear to be one take. The lyrics see the Odd Future MC call for more awards recognition (“They was playing at the ‘Grams, one nom ain’t enough/ Imma make sure that that shit ain’t happening again”) and shout out his favorite cologne (Prada’s Iris). Check out the clip, filmed by Luis “Panch” Perez, below.