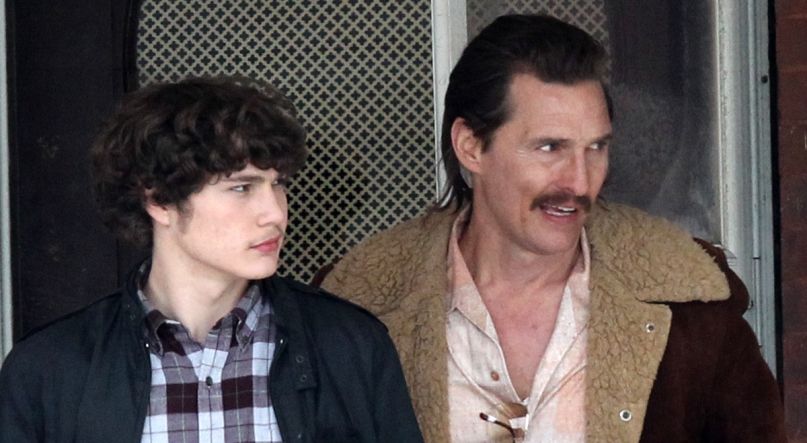 In the 1980s, a young man named Richard Wershe Jr. became the youngest informant in FBI history when he agreed to work with the government to bust a cocaine trafficking ring. In the process, he became “White Boy Rick,” a teenage career hustler, while struggling with hostile locals and federal agents alike. Wershe Jr.’s story is one of those true-crime sagas that was fated to become a Hollywood production even as it was happening, and sure enough, White Boy Rick is on its way into theaters to bring the wild real-life tale to the masses.

Before his ascendance, he was simply Rick (Richie Merritt), a ne’er-do-well living in ’80s Detroit, struggling with his embattled family as his father (Matthew McConaughey) is dealing with the collapse of the American automotive industry in his own right. By the time he reaches 17, Rick will have become a drug dealer, a small-time kingpin, and more still, while falling deeper into an inescapable web of crime and deception. The feature, directed by Yann Demange, also stars Bruce Dern, Bel Powley, Jennifer Jason Leigh, Brian Tyree Henry, and YG, among a host of other familiar faces.