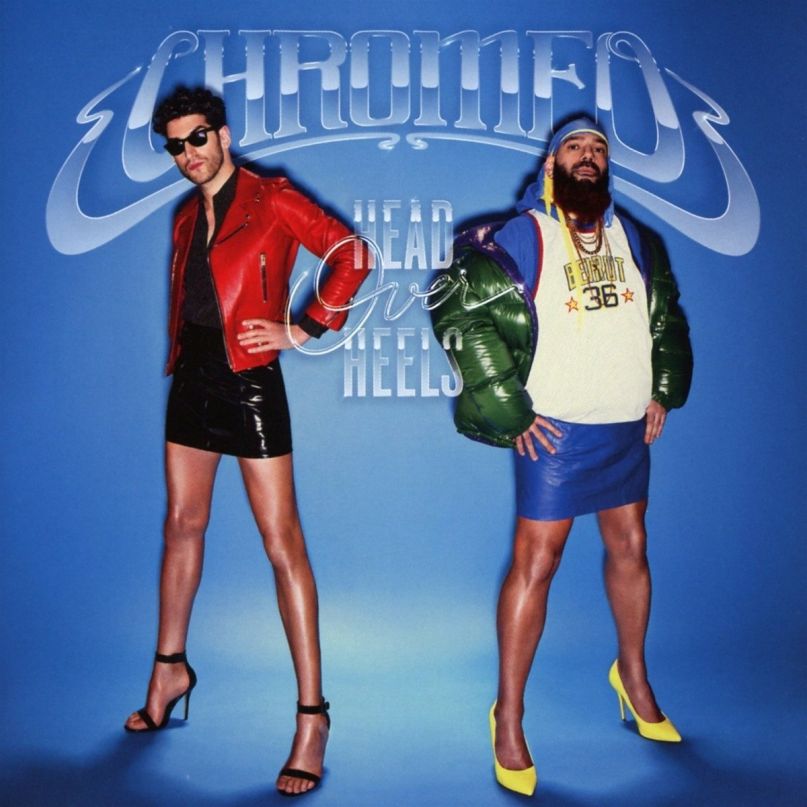 The Lowdown: On their fifth record, Chromeo celebrate the opening of their new permanent studio space in Burbank the best way they know how: inviting old-school R&B legends and new-school hip-hop and soul stars for yet another deep dive into the retro disco funk that made them (and Chic) famous.

The Bad: Depending on your perspective, Chromeo’s strengths can often double as weaknesses: the band’s polished-chrome production values sound great on a sound system but sometimes sterilize even their funkiest grooves, and their love of vintage sounds still skirts the edges of pastiche. Also, despite the band’s commitment to sexual wokeness (goodbye, Helmut Newton-inspired disembodied lady legs), Head Over Heels still makes room for some toxic relationship tropes (the won’t-take-no ex on “Bad Decision”, the obsessive nice guy of “One Track Mind”) that, especially in the age of Weinstein and incels, rob those songs of their otherwise good-time vibes.

The Verdict: There’s no danger of Chromeo remaking their chosen genre in their own funky image, but there’s also no danger of them releasing a bad record, either. The most dependable dance band of the 21st century continues its consistency streak on Head Over Heels, which contains enough radio-ready rump-shakers to earn a spot in your warm-weather playlist for this summer and a few more to come. If Chromeo can settle into their new California home and keep flipping through their ever-deepening Rolodex of potential collaborators, we’ll be saying this again in a couple of years.