Kanye West Proves Less Is So Much More on ye 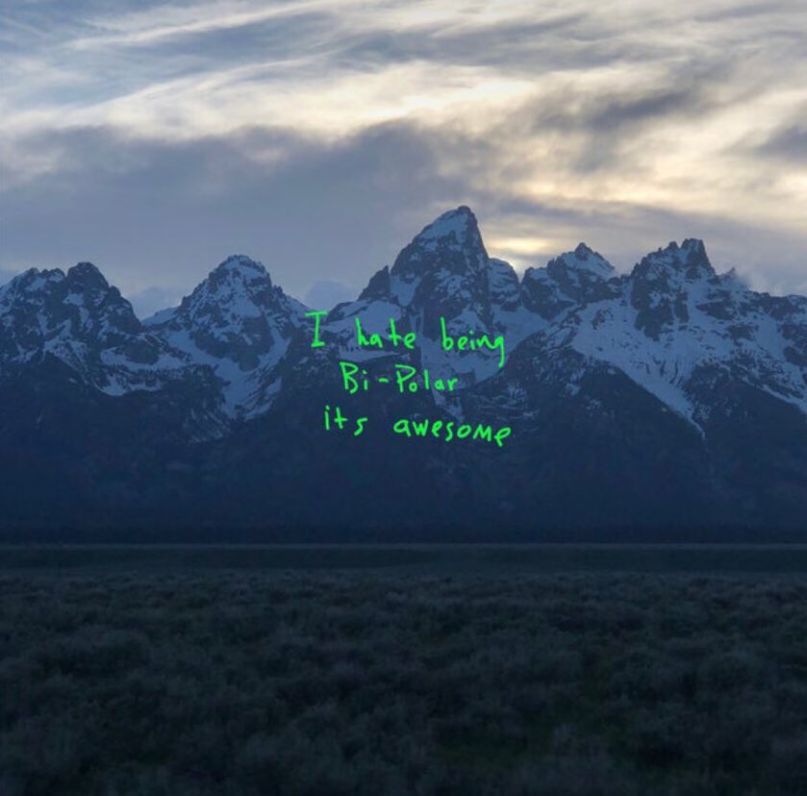 The Lowdown: In some ways, Kanye West is continuing a struggle that goes back to his last great record, 2013’s Yeezus. With its deadline approaching, Yeezus was famously a mess, bloated and unfocused. West took the album-in-progress to producer Rick Rubin, who took a hatchet to it. As the story goes, Rubin subtracted, subtracted, subtracted, until Yeezus was lean and crackling with energy. But West’s next album, 2016’s The Life of Pablo, was an eight-song classic that unfortunately dawdled on over 20 bloated tracks. Pablo is what I imagine Yeezus was like before it was edited down. And now we have ye, all lowercase, two letters — and only seven tracks. He’s focused. He’s subtracting again.

The Good: Mental health is the great theme of ye, and it’s raw, bracing stuff; ye is West’s most personal record since at least 808’s & Heartbreak, maybe even Late Registration. On standout “Yikes”, West says, “That’s my bipolar shit!/ That’s my super power!/ Ain’t no disability!/ I’m a super hero!” But the one moment that encapsulates the record comes on “Wouldn’t Leave”. Kanye revisits his controversial TMZ interview and his statement that slavery was a choice. He describes the call he gets from his wife afterward, frightened they’re going to lose everything because of what he said. Even as this is happening, he marvels at how many blogs are writing about him. It’s a dizzying view inside the life of someone who courts controversy — the feeling of vertigo, the wondering if this is the time you can’t pull it off. The verse ends with a gesture of gratitude to his wife and the knowledge that while it may not be easy to be Mr. West, being Mrs. West must be equally exhausting.

The Bad: Most of the things that make Kanye compelling are present here. His lyrics are tight. It’s musically where ye just slightly disappoints. Much of it is beautiful, but there’s nothing as exquisite as the drums on “Black Skinhead”, nothing as groovy as the “Oohs” in “Jesus Walks”, and nothing as dramatic as “Flashing Lights”. And even though the album is short, some of that Life of Pablo rambling starts to creep in. The first two minutes of album opener “I Thought About Killing You” feel repetitive after just a few listens.

The Verdict: Despite its sometimes grating protagonist, ye is a pleasant enough way to pass half an hour. Seven tracks is long enough to develop an idea without wearing it out. The production is typically lush. Kanye has returned to the kinds of soul samples that made him famous to begin with. He’s been pushing the envelope for most of his career, but on ye, he’s consolidating old skills, not testing out new ones. The lack of wow-factor, combined with the short length, makes the album feel somewhat slight.

Essential Tracks: “Yikes”, “All Mine”, and “Wouldn’t Leave”