Christopher Markus and Stephen McFeely say DC should take their own advice: "Save one person" 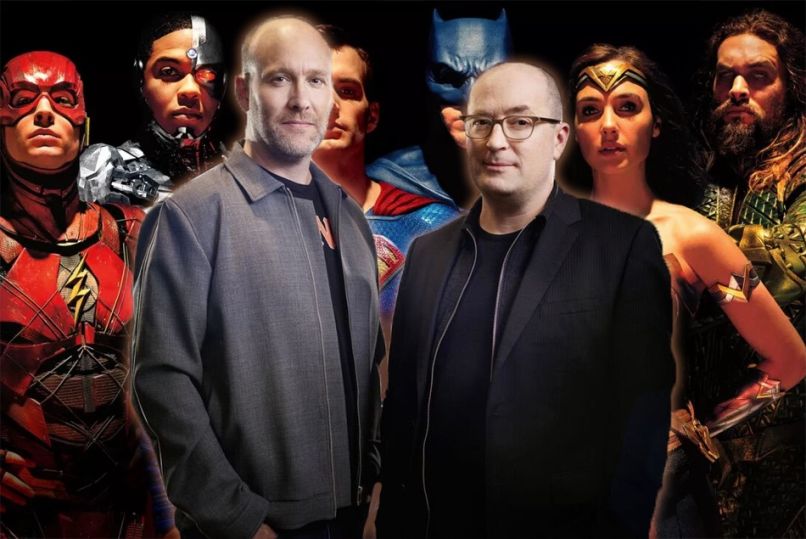 Avengers: Infinity War is officially the fourth highest-grossing film of all time after surpassing $2 billion at the worldwide box office. Meanwhile, DC Films is trying to make two different Joker movies while figuring out how to make a film not named Wonder Woman that grosses over $750 million. Well, the guys behind Infinity War (and all three Captain America films), Christopher Markus and Stephen McFeely have some tips on how the folks over at WB might be able to right the ship.

Appearing on Kevin Smith and Marc Bernardin’s Fatman on Batman podcast, the writing duo was asked about a scenario in which WB “offered you a ton of money and swayed you to the dark side and said, ‘Fix these fucking movies,’ how would you fix the DC Universe?” McFeely suggested DC Films should take their own advice: “My familiarity with the DC universe is not that great but I can just say, strategically, ‘Make one,'” he said. “To quote Justice League, ‘Save one person.’”

Markus agreed, but said that one person should not be one of the Big Three, Batman, Superman, and Wonder Woman. “I mean, I would look at what Marvel did out of necessity, in that they didn’t have their A-list characters,” he said. “They didn’t have Spider-Man. They didn’t have the X-Men. They went down a line and found a, I mean, he’s pretty fucking famous, he’s Iron Man, but he wasn’t there, and they made a really good movie out of it…” He continued,

“I might put Batman and Superman and everybody else, I mean Wonder Woman is doing fine, aside for a second. Go through the vast world and go, ‘That guy’ or ‘That girl,’ and go, ‘Let’s just make a really good movie and not a universe and see what happens.’ There’s a lot of spaghetti being thrown at the wall.”

With all the shakeups and news coming out of DC/WB, it certainly feels like a rookie chef trying to figure out how to get it just to al dente. Elsewhere in the podcast, Markus and McFeely talked about what it was like breaking the Captain America stories — including how Kevin Feige would suddenly and quickly drop major developments into the writers’ room — and crafting Infinity War while films like Black Panther and Thor: Ragnarok were still being filmed. They even touch on the THANOS theory. Check out the entire episode below.