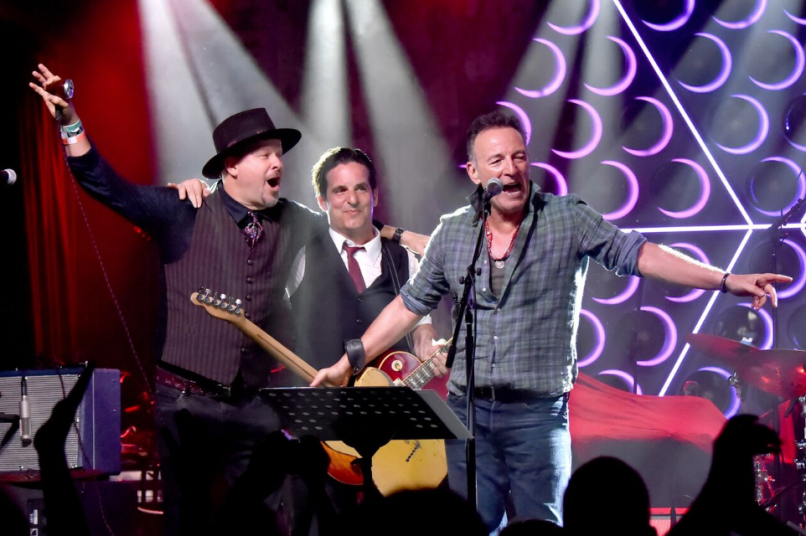 Asbury Park made Bruce Springsteen, and Bruce Springsteen made Asbury Park. Their legends are intertwined in perfect symbiosis, from the Boss’ Greetings from Asbury Park, N.J. debut album to last night’s grand reopening party for the iconic venue/bowling alley Asbury Lanes. A local staple since the early 1960s, Asbury Lanes had been shuttered for nearly three years while it underwent renovations by new owners iStar. After a soft opening a few weeks back, the venue officially celebrated its relaunch with a christening party featuring Springsteen, Portugal. The Man, and the Tangiers Blues Band.

Springsteen came out first to welcome everyone back to the venue. “Back in the ‘70s and ‘80s, I’m speaking as an old home boy tonight, we didn’t know if we’d ever see Asbury come back in our lifetimes,” he said, “so it’s been a joy watching what’s been happening in town in the past 10, 15, 20 years. And a shout out to all the people who were here when nobody else was.”


He then introduced the Tangiers Blues Band, which features famed photographer Danny Clinch on harmonica and occasional vocals. After they played a set of blues covers including Talking Heads’ “Life During Wartime” and the Beastie Boys’ “(You Gotta) Fight for Your Right (to Party!)”, they welcomed Bruce back onto the stage. Together, they delivered a 30-minute set that featured rollicking renditions of Muddy Waters’ “I Just Want to Make Love to You” and Don Raye’s “Down the Road a Piece”.

Portugal. The Man then had the inauspicious honor of following The Boss, and turned in a compact version of their regular set, including snippets of “Another Brick in the Wall Part” and “Gimme Shelter”. Clinch joined them on harmonica for their Evil Friends track “Holy Roller (Hallelujah)”. Later in the night, Questlove DJed the afterparty at Asbury Hotel next door.

Watch some video of the evening below, and find the entire Springsteen performance here.

Springsteen hasn’t been seen performing much lately outside New York City’s Walter Kerr Theatre, where he’s been holding his intimate stage memoir Springsteen on Broadway since October. His run recently got extended once again until December 15th, 2018, and you can grab tickets here.