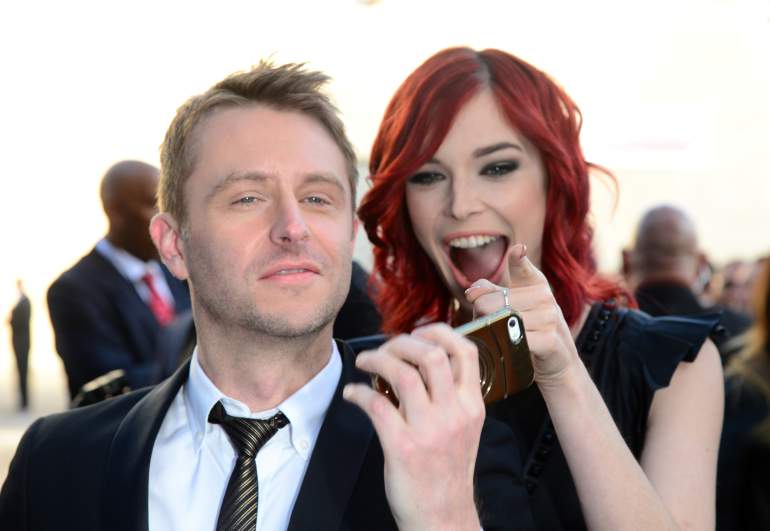 In a post to medium, the 29-year-old actress detailed her three-plus year relationship with Hardwick during which time she was constantly “snapped/yelled at” and sexually assaulted. As a result of his abuse, Dykstra said she suffered from extreme anorexia and was hospitalized due to an ectopic pregnancy. She also said she contemplated suicide.

Almost immediately after they began dating, Dykstra said Hardwick, who was 20 years her senior, imposed a series of rules. She said she was prohibited from going out at night; from speaking in public places; and from taking a photograph of the couple together. While attending a Comic-Con together, Dykstra said Hardwick prohibited her from leaving their hotel room. He also allegedly forced her to work for his production company.

Dykstra also accused Hardwick of sexual abuse. One night when she told him she was too ill to have sex, Hardwick allegedly responded by saying, “I just want to remind you, the reason my last relationship didn’t work out was because of the lack of sex.”

“Every night, I laid there for him, occasionally in tears. He called it ‘starfishing.’ He thought the whole idea was funny,” she recounted.

Later, after Dykstra was hospitalized for an ectopic pregnancy, Hardwick allegedly asked her doctor, “When do you think I can have sex with her again?”

Once their relationship ended, Dykstra said she was blacklisted from the entertainment industry. “He made calls to several companies I received regular work from to get me fired by threatening to never work with them,” she alleged. “He succeeded. I was blacklisted. With the assistance of a woman who’d gained my trust and my heart over the past year, he steamrolled my career. The woman actively made it her mission to destroy my friendships. And she did, because by the time they’d realized she was… an unreliable source… the damage had already been done.”

Dykstra said the trauma of their relationship led to suicidal thoughts. “One night, I found myself on top of an overpass, looking down at the 101, at the lowest point in my life. I’d lost many of my friends, the woman I’d considered my sister was trying to destroy me and I had no idea why, and the career I’d built from scratch had toppled- I was blacklisted from my industry at the age of 25.”

In explaining why she remained in the relationship for as long as she did, Dykstra wrote, “Here is my answer: I believed that, to borrow an analogy from a friend, if I kept digging I would find water. And sometimes I did. Just enough to sustain me. And when you’re dying of thirst, that water is the best water you’ll ever drink. When you’re alienated from your friends, there’s no one to tell you that there’s a drinking fountain 20 feet away. And when your self-worth reaches such depths after years of being treated like you’re worthless, you might find you think you deserve that sort of treatment, and no one else will love you.”

“This story, post, whatever this is, serves as both closure for me as I say farewell to my twenties and stumble my way into my thirties, and it serves as a warning for every single one of you, regardless of gender.” She closed her post by sharing a favorite quote from Bojack Horseman: “You know, it’s funny; when you look at someone through rose-colored glasses, all the red flags just look like flags.”

“Please, please, keep an eye out for those red flags,” she concluded.

Hardwick, 47, currently hosts the wildly successful Nerdist Podcast and AMC’s Walking Dead after show, Talking Dead, among a litany of other projects. As of publication, he has yet to respond to Dykstra’s allegations. Update: Hardwick has issued a statement denying the allegations.