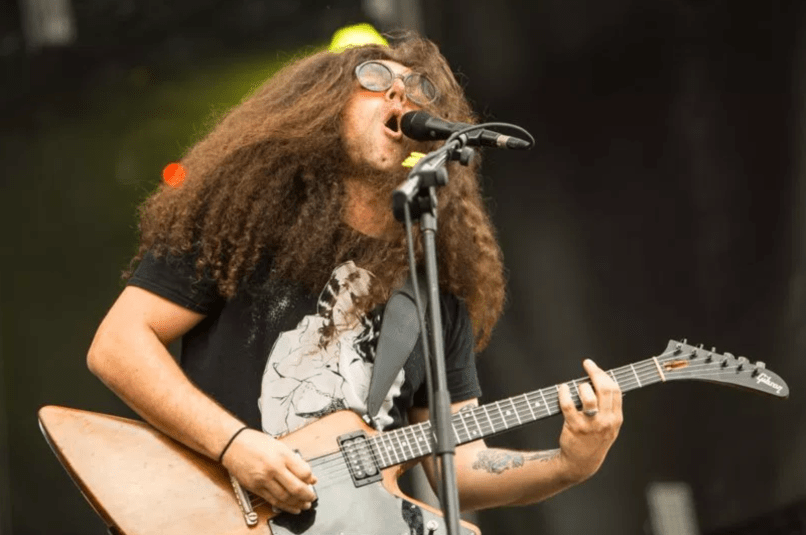 The story of Coheed and Cambria’s Amory Wars continues on October 5th with the release of The Unheavenly Creatures. Last month, Claudio Sanchez teased the latest entry in his sci-fi prog-rock universe with “The Dark Sentencer”. Now, the band has unveiled the album’s title track, “Unheavenly Creatures”, along with an epic visual premiered by Marvel.

The P.R. Brown-directed clip introduces Coheed fans to the newest Amory protagonists, and they’re not in the best of situations. “…We begin by seeing two captured criminals (Creature and Colossus) being walked through a ship on their way towards judgment for their crimes,” reads a statement from the band. “It’s clear any friendship that once existed has not survived, as we see colorful ﬂashbacks of their crimes committed against society, and perhaps, one another.” One of those flashbacks just so happens to be a real-life depiction of The Unheavenly Creatures album artwork, though things don’t stay that romantic for long.

The album will be available in a variety of configurations, including the Vaxis – Act 1: The Unheavenly Creatures Limited Edition Deluxe Box Set. The set features an exclusive 80-page hardcover novel with illustrations by Chase Stone, plus the complete Act 1 novella written by Sanchez and his wife, Chondra Echert. You’ll also get the Unheavenly Creatures Black Card, which grants early access to the band’s upcoming shows, including their co-headlining summer tour with Taking Back Sunday.