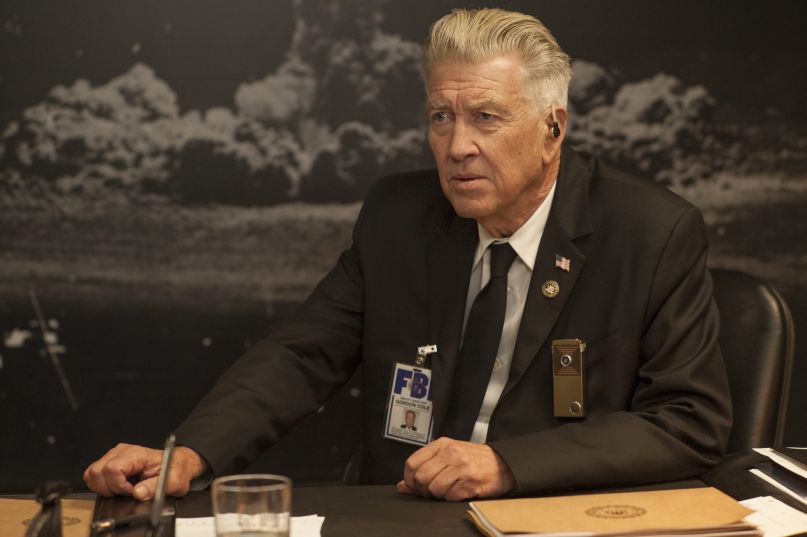 Before this gets out of hand, know that the future of Twin Peaks will always be wrapped in uncertainty. The ever unorthodox David Lynch works in ever unorthodox ways, always insisting that he “doesn’t want to talk about” the specifics of his works. He’s done it for years and he’s been doing it ever since The Return wrapped on Showtime in September 2017. Occasionally, though, you get little nuggets — or rather, tiny fishes, to use his terminology — that tickle the funny bone and make you wonder.

One such fish came swimming last night at Los Angeles’ Ace Hotel, where Lynch and co-writer Kristine McKenna discussed their incredible new memoir, Room to Dream. According to one attendee, a fan asked him whether he would ever be interested in continuing the story of Carrie Page, to which he curiously replied, “It is calling, but there are a lot of disturbances.”


Without spoiling too much, Page is an integral character in the Twin Peaks universe, who factors heavily into the show’s present conclusion, particularly with regards to the whereabouts of Special Agent Dale Cooper. The fact that Lynch indulged the question is intriguing, to say the least, and should only continue to fuel fans’ speculation of a fourth season. After all, he didn’t exactly dismiss the possibility last year, insisting, instead, that it would take some time and patience.

Here’s hoping he answers the call and starts dreaming those dreams of his again. In the meantime, pick up his new book, grab tickets to this October’s Festival of Disruption, put on Johnny Jewel’s new album, and keep those fingers crossed that the Emmys shower the series with nominations. If they manage to fuck it up like the Golden Globes did earlier this year, this writer will send the Woodsmen after each and every voter.

Until then, the world spins…