Death Grips’ sick video for “Shitshow” is full of piss and shit: Watch

It probably goes without saying, but this one's NSFW 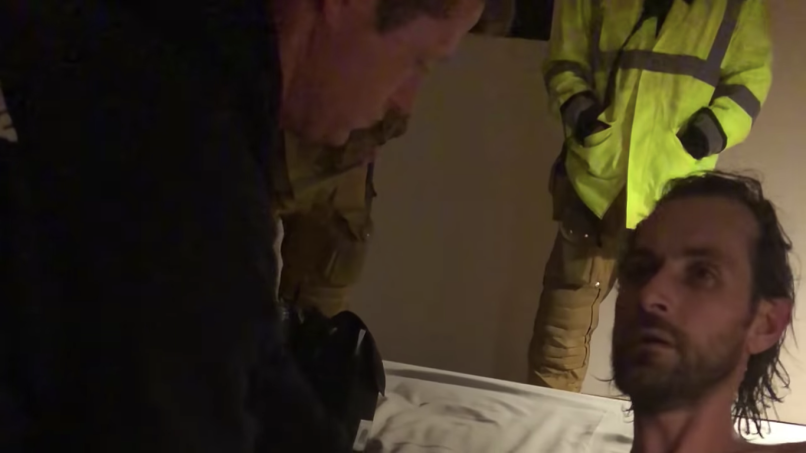 Death Grips, the band that featured a big, fat dong on the cover of a previous record, have shared a new video forYear of the Snitch single “Shitshow” that is, it’s safe to say, squarely on theme.

“Shitshow” is, in itself, an ugly, disorienting single, one that sets choppy screams and hardcore abandon against a wash of alienating dissonance. The accompanying clip is bookended by footage of its co-director, Galen Pehrson, looking decidedly spaced out, while the meat of the clip, which was also directed by drummer Zach Hill, trades between shots of a pissing woman, a crawling man, and a dude wiping kaleidoscopic shit from his ass while touching a large chunk of amethyst. It is, in a phrase, NSFW.

Update: YouTube has removed the video, citing its “sexually provocative content” as well as its “violent, graphic, or humiliating fetishes.”

The video follows recent singles “Streaky”, “Flies”, “Black Paint”, “Hahaha”, and “Dilemma”, the band’s collaboration with Shrek director Andrew Adamson. Watch it below, and stay tuned for the release of Year Of the Snitch this Friday, June 22nd.