Pro-shot footage of "Detournement", "Futurism", "What Happens to People", "Death in Midsummer", and "No One's Sleeping". 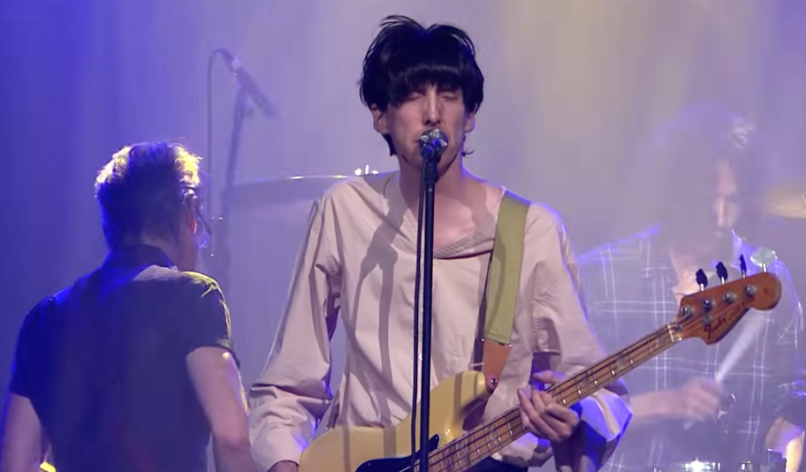 Deerhunter still don’t have a release date for their forthcoming album, Why Hasn’t Everything Already Disappeared?, but fans who’ve caught them on their current tour have already heard some of the band’s new material. Bradford Cox and co. have been performing songs from the Fading Frontier follow-up since kicking off their trek back in May, and now professionally shot footage of one of those performances has come online (via 3voor12).

The band played at The Netherlands’ Best Kept Secret Festival back on June 8th, where they shared five new songs: “Detournement”, “Futurism”, “What Happens to People”, “Death in Midsummer”, and “No One’s Sleeping”. Whether all of these actually end up on Disappeared remains to be seen, but based on the live-streamed footage, Deerhunter definitely remain a creative force.

Via Reddit, check out cued-up videos of each performance below (“Futurism”, “What Happens to People”, and “Death in Midsummer” were performed one after the other).

“Futurism”, “What Happens to People”, and “Death in Midsummer”:

Coming from 4AD, Why Hasn’t Everything Already Disappeared? (which, it should be noted, is a working title) was produced by Cate Le Bon, solo artist and collaborator with Perfume Genius and Kevin Morby. Cox has described the album’s themes “very informed by the environment” of Marfa, Texas, where it was recorded.