Film Review: Hereditary Is Tragic, Evil, and So Fucking Scary 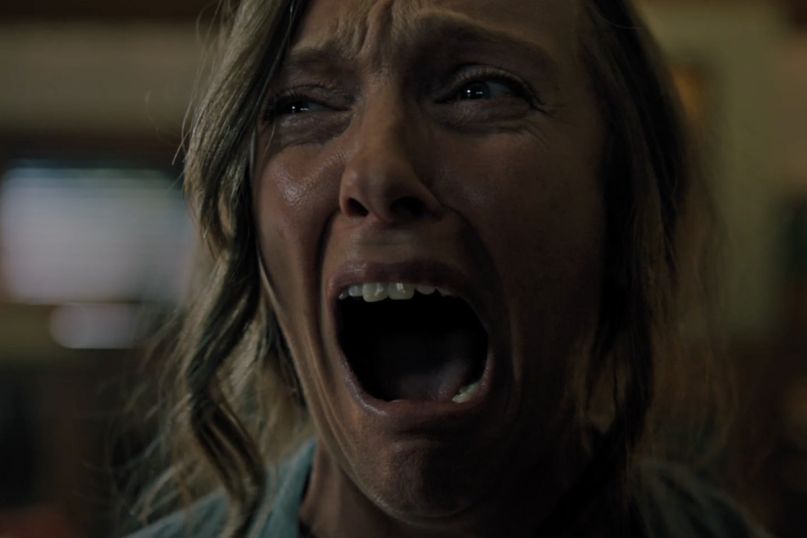 The following review was originally published as part of our coverage of the 2018 SXSW Film Festival.

What’s more tragic: To bring about one’s own ruin, or to be irrevocably doomed? It’s the question that haunted Greek tragedy, and it’s one that hangs over Hereditary, a gutting family tragedy wrapped in Hawthornian horror and anointed with pig’s blood. Ari Aster’s debut feature feels, in many ways, like a culmination of the art-horror renaissance ignited by the likes of Robert Eggers’ The Witch and Jennifer Kent’s The Babadook and elaborated upon by Nicolas Pesce’s The Eyes of My Mother and Veronika Franz and Severin Fiala’s Goodnight Mommy. Here, the themes of poisoned bloodlines and omniscient evils that coursed throughout those films coalesce in a narrative that’s scarier, more inviting, and ultimately more cathartic than any of the above.

It begins with a funeral. The mother of Annie Graham (Toni Collette) is dead, and the only one who really seems to care is Charlie (Milly Shapiro), Annie’s disheveled, birdlike 13-year-old daughter. Annie’s husband Steve (Gabriel Byrne) gets an eerie phone call in the aftermath — the mother’s grave has been desecrated. Meanwhile, their son Peter (Alex Wolff) smokes himself into oblivion when not verbally sparring with Annie, with whom he shares a deep, unnerving resentment. Apparitions emerge, strangers stare at Charlie with a haunting sense of knowing, and tragedies continue to unfold, yanking away the veil that only barely masks the horrific history of this family. That history — the violence, the rage, the bottled-up emotions — is as well-drawn as any drama, and even if Hereditary didn’t dive headfirst into the realm of supernatural evil in its back half it would still serve to terrify; no child should ever have to see their mother the way Peter is forced to see his.

Hereditary‘s horror functions on multiple levels. What we see is undoubtedly terrifying, but it’s how we see it that truly distinguishes the film. Annie is a miniature artist, and the film begins by zooming into the bedroom of a piece modeled after their house, where the action begins to unfold. It’s an uncanny effect, especially considering the home never quite comes to resemble a real house. The furniture is static and impractical; the scale seems off; the clutter feels arranged, as if by tweezers. In the backyard, an unexplained hut, raised on stilts, glows with red light in the evenings.

The uncanny quality of the production design mirrors Aster’s script, in which the Graham family always feels a step removed from recognizable human behavior. Aster films them from a remove, his camera slowly zooming in as if he were bringing a magnifying glass closer. Often, the camera lingers on Annie and Peter as they witness the film’s horrors, and what becomes terrifyingly clear is that we are not viewing the world through their lens, but rather that of a curious third party, the identity of which becomes clear in the film’s revelatory final moments.

As Annie and Peter, respectively, it’s Collette and Wolff who capture the primal, conflicted emotions of the film so well. Collette, especially, is a whirlwind of unhinged desperation, layering a violent malevolence into a sense of grief that’s been scabbed and reopened far too many times. Wolff essentially loses his mind in real time onscreen; never before has a thousand-yard stare taken on so many different resonances. Shapiro, with her striking features and animalistic gait, offers a queasy new spin on the creepy kid archetype. What each actor navigates so well is the space in between control and possession, and some of the film’s most lingering horrors make us wonder who we’re actually watching onscreen.

Which brings us back to free will and fate. As with the Greeks, there’s no easy answer here, nor should there be. One thing is for sure, however: Evil is real, and it pumps through Hereditary like blood.