The Flaming Lips share demo for “We Only Have Tomorrow”, their contribution to SpongeBob Squarepants musical

Listen to the soothing sounds of Bikini Bottom 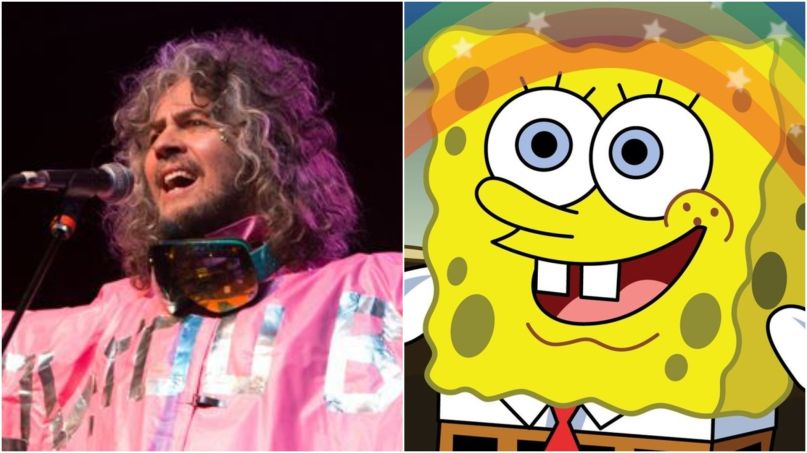 The Flaming Lips have a new accolade to add to a list that includes “Grammy-award winners” and “world’s foremost experts at walking inside giant clear balls”: they’re Tony Award nominees.

One of several artists to contribute to the score to SpongeBob Squarepants: The Broadway Musical, the Lips didn’t end up walking away with that Best Original Score Tony (it went to David Yazbek for The Band’s Visit), but that isn’t stopping them from celebrating. They’ve released the demo for “We Only Have Tomorrow” (called “Tomorrow Is” in the show), a cheerful, but stirring, ballad about perseverance (and Bikini Bottom).

Wayne Coyne talked about the experience of writing the song with Billboard:

“It’s hard for me to take credit for it, because it’s been such an insane production and the stuff they did with the music… we provided them with layers of demos and lyrical ideas over time, but the story kept evolving,” Coyne says of the years-long collaboration that resulted in the inspiring song…

“There were all these texts back and forth where they would give me a scenario — like in the beginning when SpongeBob and Patrick talked to a fortune teller on Bikini Bottom who tells them that the world will end tomorrow, which sets everything in motion — and that gave us this idea about how if the world is ending tomorrow we should make the most of today…”

That scenario immediately felt like a fit for a band whose psychedelic rock has often pondered life and death in the same breath. “I think the Flaming Lips were the perfect people to make this an optimistic song,” says Coyne. “That’s the greatest compliment you can have.” Without knowing the final plot, the Lips crafted their tune and by sheer “dumb luck” their demo ended up working perfectly with the story about a volcano eruption that threatens to wipe out Bikini Bottom.

Panic! At the Disco, T.I., Sara Bareilles, John Legend, Cyndi Lauper, and They Might Be Giants, among others, also contributed to the score for SpongeBob, which is honest-to-god delightful. Listen to the Lips’ demo, and the version in the show, below.

Here’s the song as it exists in SpongeBob.