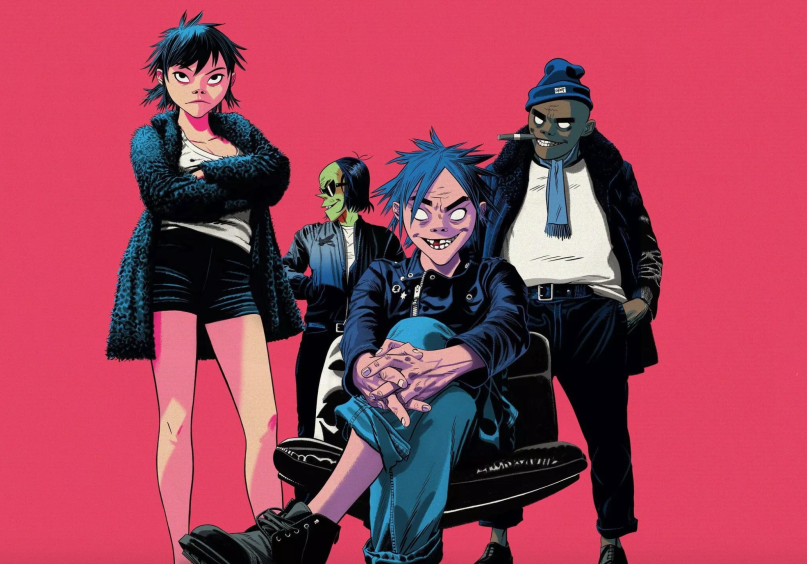 A little over a year since releasing Humanz, Gorillaz have returned with their new full-length album, The Now Now. The 11-track effort is streaming in full below via Spotify and Apple Music.

The Now Now marks the digital band’s sixth record and was produced by Simian Mobile Disco’s James Ford. Unlike the band’s guest-heavy past efforts, the new LP features just three collaborators: George Benson, who appears on “Humility”, and Jamie Principle and Snoop Dogg, who team up on “Hollywood”. Both those tracks were shared as early previews of The Now Now, as were “Sorcererz”, “Lake Zurich”, and “Fire Flies”.

The new album finds the animated members of Gorillaz in a new place, which for bassist Murdoc means jail. While he’s locked up for smuggling (apparently a set up by the demon El Mierda), Powerpuff Girls villain Ace has filled in. Speaking with Noisey about the band, lead guitarist Noodle said,

“There is no ‘good place’ for Gorillaz. We are always between places, never staying still. For now, Murdoc is in a place with lots of bars and locks. [Drummer] Russel is trying to put the world back together, like it’s a broken teapot. [Frontman] 2D is… well, in a new place. Less fragile, somehow, stronger. It’s weird. He’s even stopped watching Gilmore Girls.”

Gorillaz will support The Now Now on a fall tour, which includes their own Demon Dayz Festival in Los Angeles with Erykah Badu, The Internet, DRAM, and others. (Grab tickets here.)