"We're gonna try something. Hope you like it," said Axl Rose 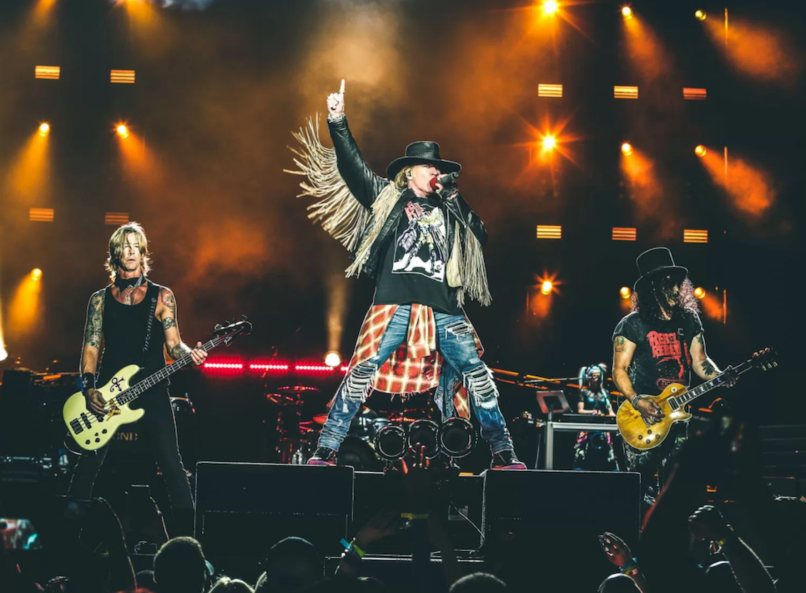 Guns N’ Roses were recently called a bunch of “greedy, selfish people” for excluding Steven Adler from their massive Not in This Lifetime reunion tour, but Axl Rose just proved he has a magnanimous side, as well. Kicking off their 2018 European leg in Berlin, Germany last night, the band dropped a surprising cover of Velvet Revolver’s “Slither” into their setlist.

Now, it’s well known that GNR load their performances with other bands’ music, but a Velvet Revolver track is particularly intriguing. Slash and Duff McKagan formed the supergroup with the late Scott Weiland after their late-’90s fall out with Rose, relationships that were only mended over the last few years. For Rose to acknowledgement the guitarist and bassist’s work outside of GNR by covering the Grammy-winning “Slither” could be his way of reciprocating for them having to play songs off Chinese Democracy, an album Rose recorded without the band’s “classic” lineup.

Check out crowd shot video of the “Slither” performance below.

On June 29th, GNR will release a massive deluxe edition of their classic smash Appetite for Destruction. The collection features 49 unreleased tracks, including a recently unearthed new version of “Shadow of Your Love”.