The gang returns on September 5th 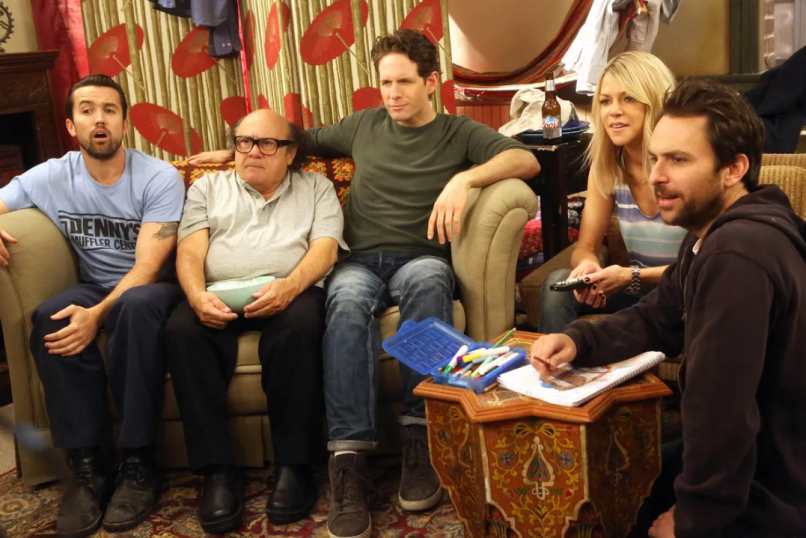 Fire up that milksteak and practice flip-cupping because FX has announced when we can expect It’s Always Sunny in Philadelphia’s 13th season. On Wednesday, September 5th, the series will debut with, well, most of the gang intact.

It’s true. Due to his commitments with NBC’s A.P. Bio, which just got picked up for a second season, Glenn Howerton won’t be a regular fixture this season. As promised, however, he will return as a part-timer, with the show exploring his stabs at being a dad in North Dakota. As for the rest of the gang, a press statement sums it up thusly:

“Even without Dennis Reynolds, the Gang has its hands full as Charlie hopes to have a child with The Waitress, Mac sets out to understand his newfound sexuality, Dee takes feminism to new heights, and Frank goes to great lengths for the Gang to experience the greatest moment in Philadelphia sports history – an Eagles Super Bowl victory.

In an interview with Entertainment Weekly earlier this year, Howerton spoke at length about how his departure would impact Sunny’s 13th season. “After 12 years, we’re trying to mix things up,” he said. “We put the characters through things that will actually affect the rest of their lives, by Mac finally coming out of the closet and by having Dennis leave at the end of season 12. So it was a creative decision…and it also potentially afforded me the opportunity to free myself up to do some other work.”

(Read: Mac’s Long Walk Out of the Closet on It’s Always Sunny)

The show has already been renewed for a 14th season, which cemented it alongside The Adventures of Ozzie and Harriet as the longest-running live-action sitcom in the history of American television.

Previous Story
Film Review: Sicario: Day of the Soldado Has the Blood But Not the Brains of the Original
Next Story
Maynard James Keenan responds to sexual assault allegations: “This despicable false claim only does damage to the #MeToo movement”
Popular
More Stories
[fu-upload-form form_layout="media" title="Submit Your Photo"][input type="hidden" name="ugc" value="1"][/fu-upload-form]