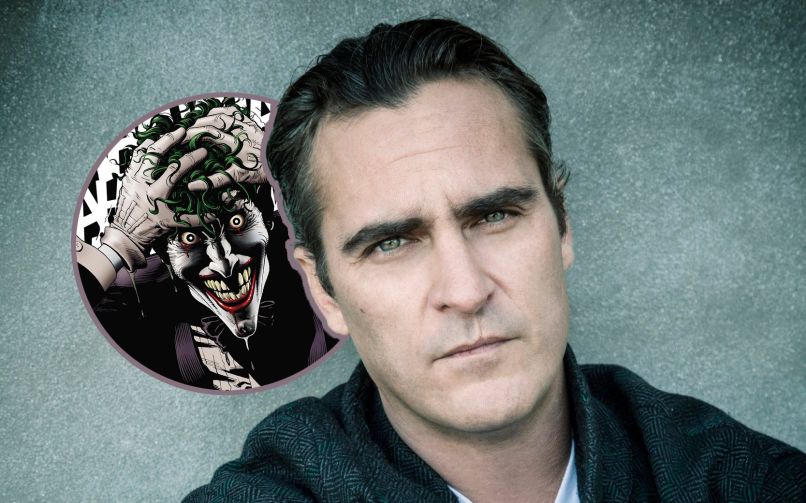 Joaquin Phoenix and The Joker

Back in January, Warner Bros. Pictures announced the hiring of Walter Hamada as the new president of DC Films. Hamada was tasked with restructuring the plans for DC’s superhero movies after the disappointing Justice League box office, and the first part of his vision is now coming into view.

On Tuesday, it was revealed that former DC Entertainment co-president and chief creative officer Geoff Johns would be leaving the position for a writing and producing deal, meaning he’d no longer be directly involved with the overall vision of the DC Extended Universe. (He is, however, still signed on to pen the Green Lantern Corps. feature.) The move consolidated power to Hamada, who reportedly has been poring over DC’s upcoming slate of films the last few months to determine which ones are worth making and which should get the axe.

The first production to go forward now looks to be the Joker origin film starring Joaquin Phoenix. With Todd Phillips (The Hangover franchise) directing from a script he wrote with 8 Mile scribe Scott Silver, the movie is set to go in front of cameras this fall, according to The Hollywood Reporter. Martin Scorsese serves as executive producer and the budget is reportedly $55 million, relatively low for a comic book blockbuster (Deadpool, for example, was made for $58 million). What’s more, the movie could launch a new imprint of DC Films potentially called “DC Dark” or “DC Black” to separate certain features from the main DCEU interconnected stories, which will also adopt a lighter tone.

It’s not yet clear where Matt Reeves’ upcoming The Batman will fall in this delineation, but one thing seems certain: It won’t star Ben Affleck. Such reports have been frequent over the last year, but the latest word is that the script Reeves handed in over Memorial Day weekend focuses on a younger Dark Knight, which would seemingly exclude Affleck from returning to the part. Whether he continues to wear the cowl in any future Justice League films is yet to be seen.

Also on the docket is a reworking of The Flash film, with Spider-Man: Homecoming writers and Game Night directors John Francis Daley and Jonathan Goldstein set to direct. The new story reportedly abandons the darker themes it was originally meant to explore in favor of a Back to the Future-inspired tale. That series certainly shares elements with the Flashpoint story The Flash is said to be adapting, though it looks like the filmmakers are using a lighter touch. Ezra Miller is still set to play the Scarlett Speedster, with production expected to begin in early 2019.

Other in-the-works features include Cathy Yan’s Birds of Prey with Margot Robbie returning as Harley Quinn, a second Joker movie centered on Jared Leto’s version of the character from Suicide Squad, and the Batgirl film Joss Whedon left in the hands of Bumblebee screenwriter Christina Hodson.

Next up from DC Films is James Wan’s Aquaman, starring Jason Momoa and opening December 21st. 2019 will see the release of Shazam! on April 5th with Zachary Levi as the title character, followed by the November 1st release of Wonder Woman 1984, which just started filming with Patty Jenkins back directing Gal Gadot and a new villain, Cheetah, played by Kristen Wiig.

Previous Story
Miguel buddies up with GoldLink on new song “Got Friends”: Stream
Next Story
Ace of Base Reflects on the 25th Anniversary of The Sign
Popular
More Stories
[fu-upload-form form_layout="media" title="Submit Your Photo"][input type="hidden" name="ugc" value="1"][/fu-upload-form]