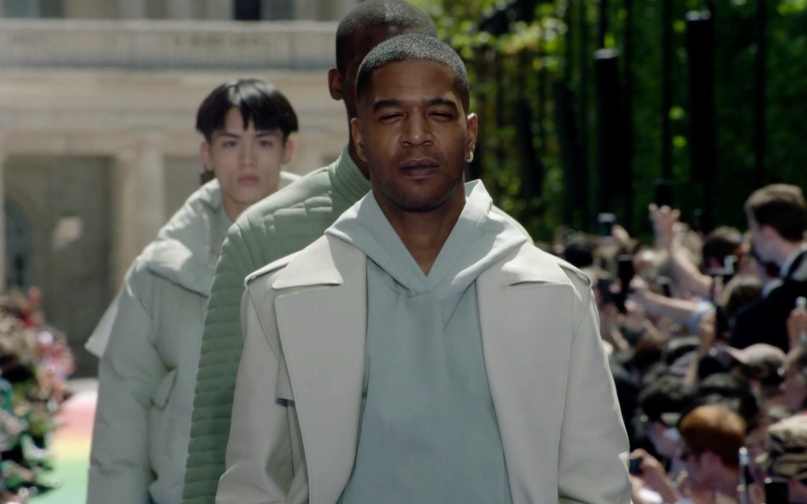 Designer and former Kanye West collaborator Virgil Abloh held his first fashion show as men’s artistic director at Louis Vuitton earlier today at Paris Fashion Week. West, Kim Kardashian, Travis Scott, and Kylie Jenner were in attendance, but Kid Cudi was actually part of the show itself. He walked down the rainbow colored runway while the ye track “I Thought About Killing You” played, modeling part of Abdolh’s spring/summer 2019 men’s line.

Dev Hynes (Blood Orange), Ocatvian, and The Internet’s Steve Lacy were also part of the show, while BadBadNotGood provided the live soundtravk. In addition to playing their own “IV”, the Canadian post-bop group also covered another ye song, “Ghost Town”.

In the video below, you can watch Cudi walk beginning at the 4:09 mark, while the “Ghost Town” cover kicks off after the applause at 8:55. You may also wanna peep the footage around 12:00, where an emotional Abloh seeks out Kanye for a powerful embrace.