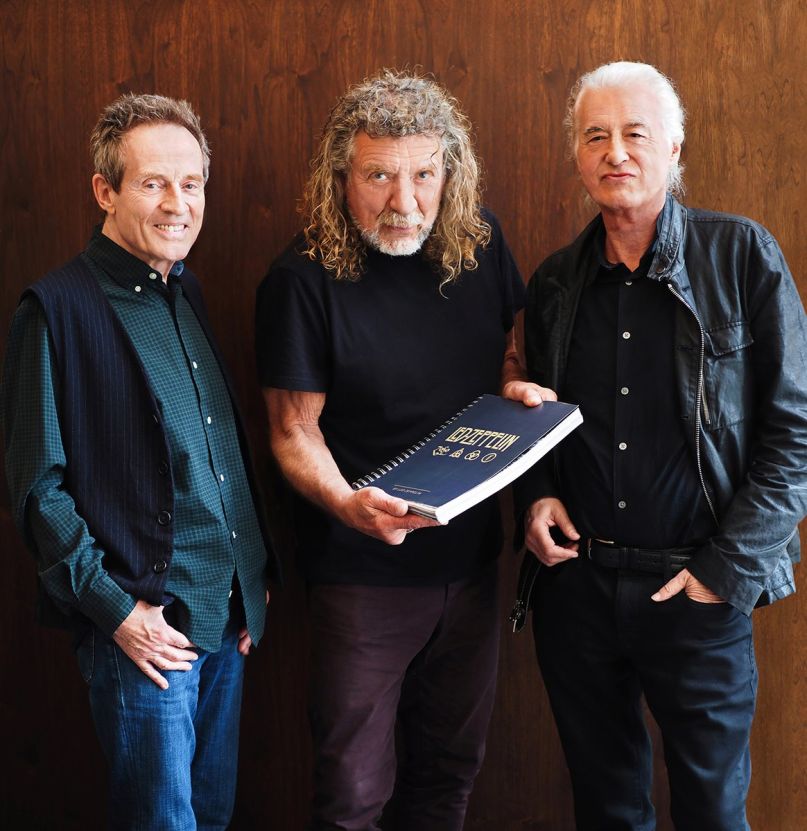 Robert Plant recently told us that it would be a “disservice” to Led Zeppelin fans if the legendary rockers to ever reunite onstage again, but that hasn’t stopped them from teaming up for other pursuits. On the band’s official Twitter account yesterday, surviving members Plant, Jimmy Page, and John Paul Jones announced a new book they helped create in honor of Led Zeppelin’s 50th anniversary.

Called Led Zeppelin by Led Zeppelin, the 400-page illustrated tome details the band’s vast history in between photographs of the core members on and offstage, “in candid moments and in the recording studio.” Many of these photos are previously unpublished, and will adorn the pages alongside artwork from the Led Zeppelin archives.

However, Plant was not interested in discussing Led Zeppelin, despite the fact the band is celebrating its 50th anniversary this year. Asked if he could see himself recording with Jimmy Page ever again, Plant responded, “I don’t know, I have no idea. It’s not even within my contenance to imagine it really.” Plant added that he fears another reunion would be a “disservice” to the band’s fans.

The announcement came with a rare, current-day photo of the trio holding the book. Check it out below.

Photo: John Paul Jones, Robert Plant and Jimmy Page photographed in May 2018 with their working draft of the book "Led Zeppelin By Led Zeppelin". Published in Oct. by @ReelArtPress to celebrate fifty years since the formation of the band. Pre-order here: https://t.co/kMdbJEDy2x pic.twitter.com/3GnYcfMt4p

Led Zeppelin by Led Zeppelin arrives in October via Reel Art Press. Pre-order it here, then revisit Kyle Meredith’s recent chat with Plant in full below.