The gruesome, darkly funny comic book franchises are about to get more chapters 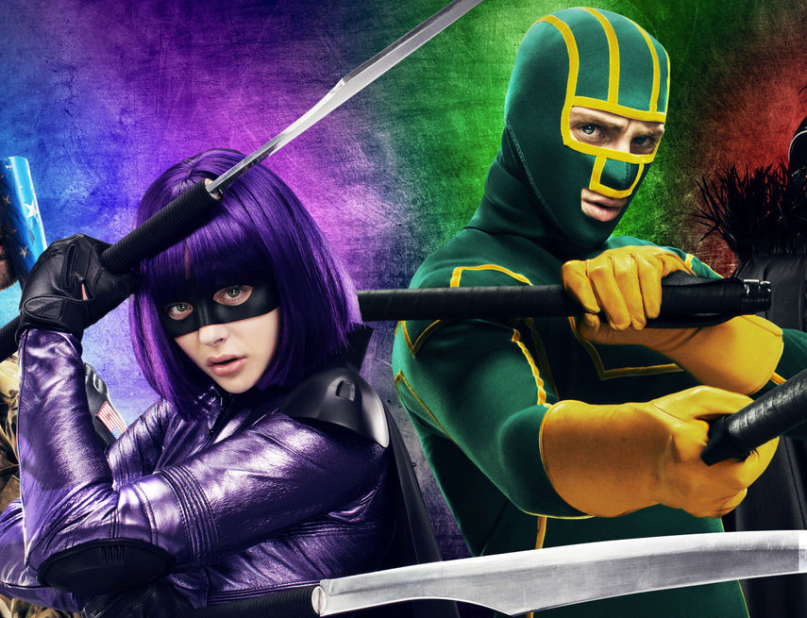 Matthew Vaughn, director of Kick-Ass, Layer Cake, and both Kingsman movies, is starting his own studio. Marv Studios, Vaughn told Empire, will be “the modern version of what a studio can be.” So naturally, he’s looking toward the past.

Vaughn’s plans involve a reboot of the Kick-Ass series, which saw two films released in 2010 and 2013. Empire notes Vaughn hinted that instead of the original Kick-Ass, Dave (played by Aaron Johnson in the previous adaptations), the new series could focus on “Patience Lee, an African-American single mother who’s taken on the vigilante mantle.” The character comes from Image Comics’ reboot of the graphic novel series, which focuses on an Afghanistan war vet who goes Robin Hood on big time crooks to pay off her family’s debt. Vaughn also floats the idea of a solo film for Hit-Girl (Chloë Grace Moretz in the originals), focusing on either her early years under the tutelage of Big Daddy (whom Nic Cage portrayed in Kick-Ass) or her life as a grown-up. “Look what Mark Millar is doing with the comic for clues,” Vaughn said.

But that’s not the only franchise continuation Vaughn has in mind. The filmmaker told Empire that a third Kingsman film was in the works, as well as a spin-off. Kingsman: The Great Game will reportedly offer a look at the spy agency around the turn of the 20th century. Future plans also include a Kingsman television show, and a Statesman film focused on the British spies’ American counterparts, introduced by Channing Tatum, Halle Berry, and Jeff Bridges in Kingsman: The Golden Circle.

Previous Story
Nathan Fielder shows you how easy it is to hack the Emmys, advises against it: Watch
Next Story
HBO has ordered a Game of Thrones prequel series to pilot
Popular
More Stories
[fu-upload-form form_layout="media" title="Submit Your Photo"][input type="hidden" name="ugc" value="1"][/fu-upload-form]