Miguel buddies up with GoldLink on new song “Got Friends”: Stream

The two Grammy-nominated acts flaunt their strengths on the collaboration 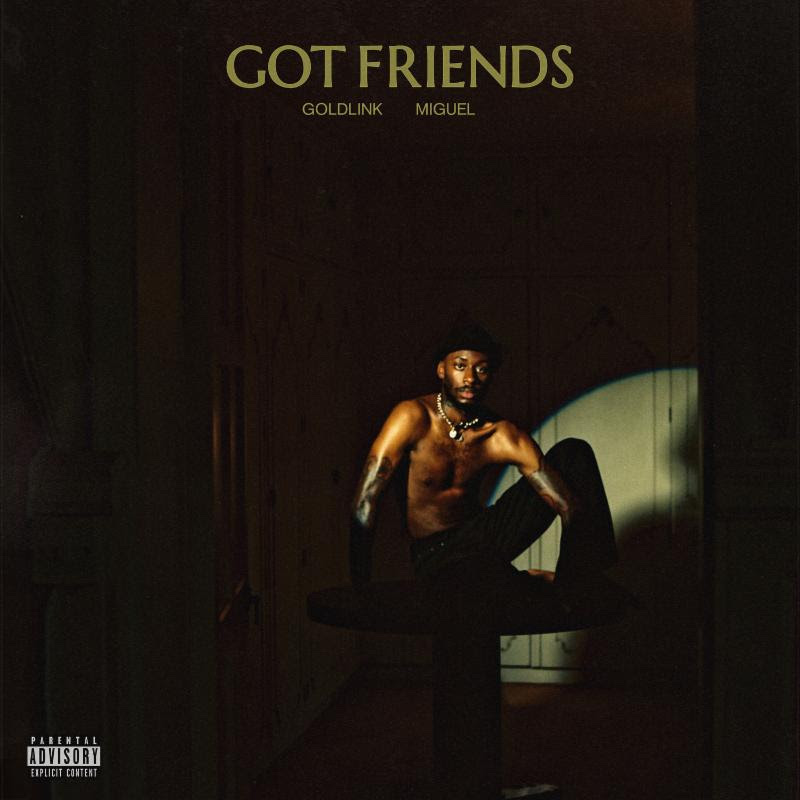 Last week, GoldLink dropped a few guest bars on Christina Aguilera’s new “Like I Do” single, which was produced by Anderson .Paak and Mark Ronson. Now, the Grammy-nominated rapper has released a song of his own and has called on R&B singer Miguel for assistance.

Their collaboration is called “Got Friends” and sees the two acts doing their respective things — GoldLink with his chilled flow, Miguel with his velvet croon — over a snaking production. Take a listen below.

In July, GoldLink will play a trio of special shows in his hometown of Washington, DC. Dubbed “Three Nights on U Street”, the event will take place at the city’s iconic U Street Music Hall and feature performances of each of his three albums. GoldLink also has festival dates lined up for Lollapalooza, Summerfest in Milwaukee, Reykjavik’s Secret Solstice, and Outside Lands in San Francisco. He recently appeared on NPR’s Tiny Desk concert series.

As for Miguel, his last full-length came in the form of 2017’s War & Leisure. He’s also due to perform at festivals such as Made in America in Philadelphia, AfroPunk in Brooklyn, and Las Vegas’ Life is Beautiful.