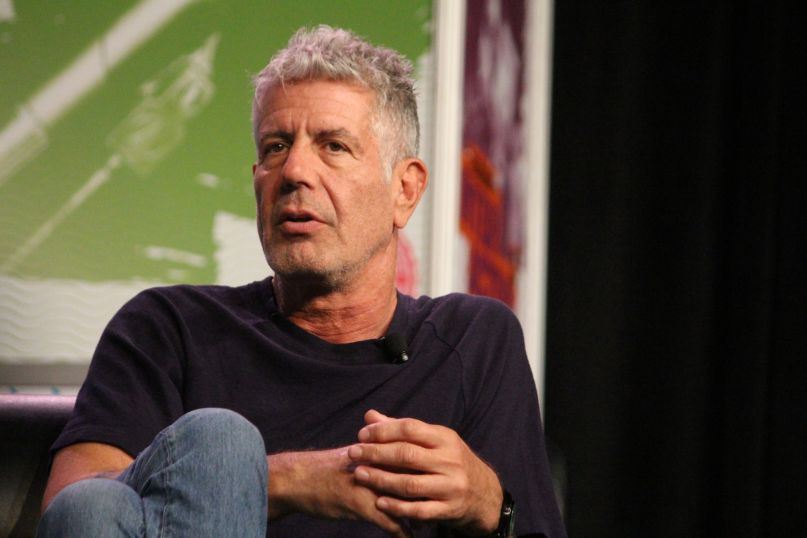 Anthony Bourdain, chef, writer, and Emmy-winning television personality, has died of an apparent suicide. He was 61 years old.

The news was confirmed by his own network, CNN, who released the following statement:

“It is with extraordinary sadness we can confirm the death of our friend and colleague, Anthony Bourdain. His love of great adventure, new friends, fine food and drink and the remarkable stories of the world made him a unique storyteller. His talents never ceased to amaze us and we will miss him very much. Our thoughts and prayers are with his daughter and family at this incredibly difficult time.”

According to the network, Bourdain was currently shooting in France, where he was working on an episode of Parts Unknown. His friend, French chef Éric Ripert, found him unresponsive in his hotel room early Friday morning.

Born in New York City and raised around New Jersey, Bourdain was brought up by a father who worked as an executive for Columbia Records and a mother who served as a staff editor for The New York Times. Upon dropping out of Vassar College after two years, he would go on to enroll at the Culinary Institute of America in Hyde Park, New York, where he would graduate in 1978.

From there, Bourdain cycled through myriad trendy Manhattan restaurants, including the Supper Club, One Fifth Avenue, and Sullivan’s, ultimately becoming the executive chef at Brasserie Les Halles in 1998. In 2000, he published his first non-fiction book, Kitchen Confidential: Adventures in the Culinary Underbelly, which was an expansion of his 1999 New Yorker article.

The success of the memoir led to his first television series, A Cook’s Tour, which aired for 35 episodes from 2002 to 2003 on the Food Network. In conjunction with the series premiere, he also published his second book of the same name. Two years later, he returned to television on the Travel Channel with his long-running, globe-traveling docu-series, No Reservations and eventually The Layover.

Throughout this time, Bourdan rose to prominence and continued to publish his writings, specifically 2006’s The Nasty Bits, 2007’s No Reservations: Around the World on an Empty Stomach, 2010’s Medium Raw: A Bloody Valentine to the World of Food and the People Who Cook, in addition to essays and op-editorials for everyone from The New Yorker to Los Angeles Times.

In 2013, Bourdain left the Travel Network for CNN, where he headlined Parts Unknown, which essentially made him a fixture of the network and found him speaking to the likes of President Barack Obama. The show won the Emmy Award for Outstanding Informational Series or Special each year from 2013 to 2016 and even nabbed Bourdain a Peabody Award in 2014.

A lover of punk rock, vintage films, and Brazilian jiu jitsu, Bourdain was often characterized as the “culinary bad boy,” and it’s a personality he certainly embraced. Not only did he love hanging out with musicians like Josh Homme, Alice Cooper, David Johansen, or Iggy Pop, but he also had zero problem publicly shaming hacky celebrity chefs such as Paula Deen, Bobby Flay, Guy Fieri, Sandra Lee, and Rachael Ray.

In 2017, Bourdain became one of the loudest advocates against sexual harassment, vocally supporting his then-partner Asia Argento amid her own allegations toward Harvey Weinstein. At one point, he even called out Quentin Tarantino for being complicit.

Bourdain had been previously married twice. He is survived by his 11-year-old daughter, Ariane, who he had with his second wife, Ottavia Busia.

Below are a few of his more rock ‘n’ roll highlights over the years: