The venerated writer was called "sci-fi's most controversial figure" 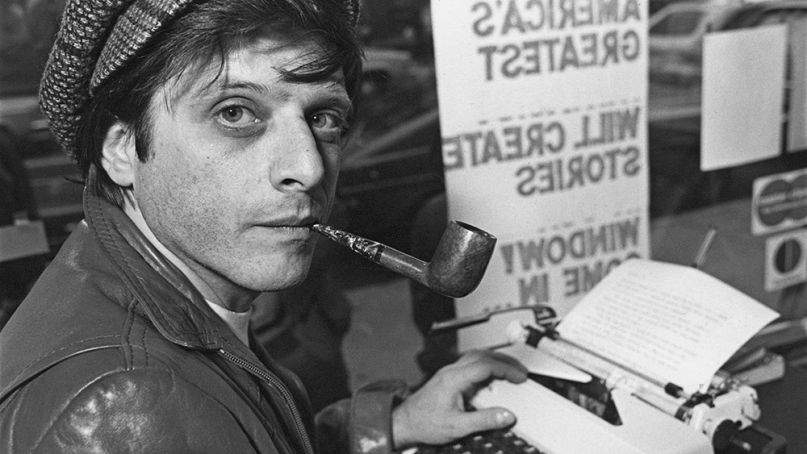 Harlan Ellison, the award-winning writer whose work highly influenced American speculative fiction, has died at the age of 86.

News of his death was announced by Ellison’s friend and representative, Christine Valada. The New York Times subsequently confirmed with Bill Schafer, an editor at the author’s publisher, Subterranean Press, that Ellison died Wednesday.

Susan Ellison has asked me to announce the passing of writer Harlan Ellison, in his sleep, earlier today. “For a brief time I was here, and for a brief time, I mattered.”—HE, 1934-2018. Arrangements for a celebration of his life are pending.

A prolific writer, Ellison’s work included short stories, novellas, criticism, comic book scripts, anthologies, screenplays, and teleplays. A piece in Wired, published on the release of biography A Lit Fuse: The Provocative Life of Harlan Ellison, called him “sci-fi’s most controversial figure” due to his abrasive, argumentative, and often times inappropriate behavior.

A longtime resident of California, he wrote many scripts for film and television, and his works of fiction were often adapted for the screen. Ellison famously wrote the teleplay for one of Star Trek’s most beloved episodes, “The City on the Edge of Forever,” in which Captain Kirk (William Shatner) fell in love with a woman in the 1930s. By episode’s end he was confronted with a choice: let his new paramour die, or change history in such a way that the Germans would win the Second World War. Ellison was unhappy with the resulting rewrites, which excised a message about the then-ongoing Vietnam War. That dissatisfaction lingered for decades, leading Ellison to successfully sue CBS in 2009, more than 40 years later.

The 1975 cult classic film, A Boy and His Dog, was based on Ellison’s work on the same name. Starring Don Johnson and Jason Robards, the film would go on to earn a Hugo Award for excellence in science fiction or fantasy.

Ellison earned numerous other accolades for his work, including a Damon Knight Memorial Grand Master Award in 2005. The Grand Master Award is presented by the Science Fiction and Fantasy Writers of America for a lifetime of achievement. Other winners include Isaac Asimov, Ursula K. Le Guin, and Gene Wolfe.

Harlan Ellison: There was no one quite like him in American letters, and never will be. Angry, funny, eloquent, hugely talented. If there's an afterlife, Harlan is already kicking ass and taking down names.