Reeperbahn Festival Is Breaking Down Barriers and Crossing Borders 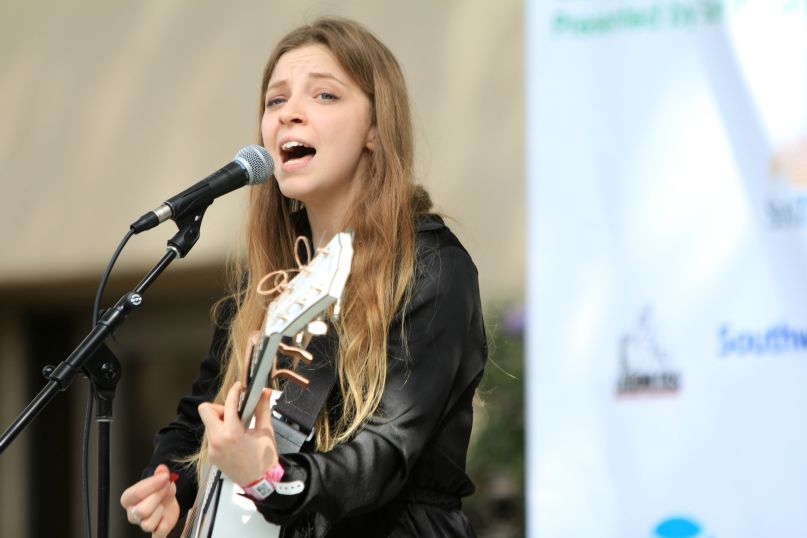 Making it as a musician is, to put it lightly, pretty hard. Making it to a degree that your music is heard outside of your own bubble is, well, nearly impossible. While it’s not unlikely that you’ll hear the same Top 40 tunes upon entering a distant country, to delve into its sonic underground is to enter another world entirely. The algorithms of Spotify and YouTube can only do so much, after all.

Enter Reeperbahn Festival, Hamburg’s long-running music conference and festival that’s considered by many to be the SXSW of Europe. For years, one had to head overseas to discover the talent flooding its stages, but, a few years ago, the festival teamed up with A2IM’s Indie Week to launch a New York edition of the festival, one that serves to introduce US tastemakers to not just the festival itself, but its wealth of international talent. The Reeperbahn Festival New York Edition at A2IM Indie Week presented by SoundExchange will take place on June 20th at Manhattan’s PIANOS, and, for the first time, its showcase night is open to the public.

Though it all unfolds in a single night, the event still manages to represent several key aspects of the festival, from its talent to its myriad initiatives. For example, singer-songwriter Jade Bird, who is headlining the showcase night, represents the ANCHOR — Reeperbahn Festival International Music Award for emerging talent. Bird was the 2017 recipient of the award, which is chosen by an independent jury of industry luminaries. Since receiving the award, Bird has performed on Radio 1 and Late Night with Stephen Colbert in addition to opening for the likes of Stevie Nicks, London Grammar, and Rag ‘n’ Bone Man.

Before Bird’s performance, however, audiences are invited to the ANCHOR 2018 Jury Reception hosted by KCRW tastemaker Chris Douridas to witness the announcement of this year’s ANCHOR Jury. Acclaimed producer Tony Visconti, who served as a close collaborator of David Bowie for more than 45 years, will chair the ANCHOR Jury again. One of his fellow jury members will be KCRW Music Director Jason Bentley. Both will be part of the reception and announcement of further jury members for ANCHOR 2018, which will be followed by a roundtable discussion on what it takes to navigate the music business with the ANCHOR 2018 jury members, ANCHOR 2017 winner Jade Bird, and Reeperbahn Festival Director Alexander Schulz. Admission is free, as are snacks and drinks.

Visconti’s involvement doesn’t end there, however. He is also an ambassador of the festival’s Keychange program, which Reeperbahn has devised in collaboration with the PRS Foundation, a UK-based funder of new music and talent development. Born out of the growing awareness of just how underrepresented women are in the music industry — a topic that was made abundantly clear at this year’s Grammy Awards — Keychange works to actively promote up-and-coming female musicians via international networking opportunities and access to new markets. It also involves over 85 festivals from North America and Europe, which have now pledged to achieve a gender balance on their festival stages by 2022

“Keychange is a long-overdue idea for the entire music industry,” says Reeperbahn Festival founder Alex Schulz, “an industry that sees itself as being modern, contemporary, and partly as a leading player in terms of a society’s ideals and values.”

PRS Foundation CEO Vanessa Reed, who developed the program for two years before making it a reality in 2017, will host a panel discussion on Keychange at the A2IM Conference. “The aim is to stimulate a debate, raise awareness, and look at the question of gender equality from a range of perspectives,” she says. Joining her will be the Board Chair of the Annenberg Inclusion Initiative, an organization that’s been integral in the development of Hollywood’s much-discussed “inclusion rider,” which has taken on a new urgency in the era of MeToo. What follows should provide some fascinating insight into the practical steps being taken to combat sexism in what have long been male-controlled industries.

Another Keychange representative is poet and musician Akua Naru, who will kick off the music portion of the event later in the evening. And closing out the showcase is HAERTS, the buzzworthy German indie pop act that here represents Reeperbahn Festival’s Wunderkinder – German Music Talent initiative. Described by Schulz as “an export program,” the program works to introduce international talent scouts to 10 different German acts every year. Established in 2012, the program is now bringing select artists to the US for showcases at SXSW and, of course, the New York showcase.

Through these events and initiatives, Reeperbahn wants to cross borders, whether that be literally or institutionally. As with the aforementioned artists, the musicians populating the rest of the bill run the gamut in terms of style, gender, and region. Experimental artist Surma hails from Portugal, while power pop outfit Little Junior and pop singer Jeannel come from Canada and Germany, respectively.

Different regions not only produce disparate sounds, but also unique perspectives. Bringing them together encourages vital dialogues, ones you can engage in or, if you’re just here for the tunes, get lost in.