In which Rick may take things a little too far with a sleeping Kanye... 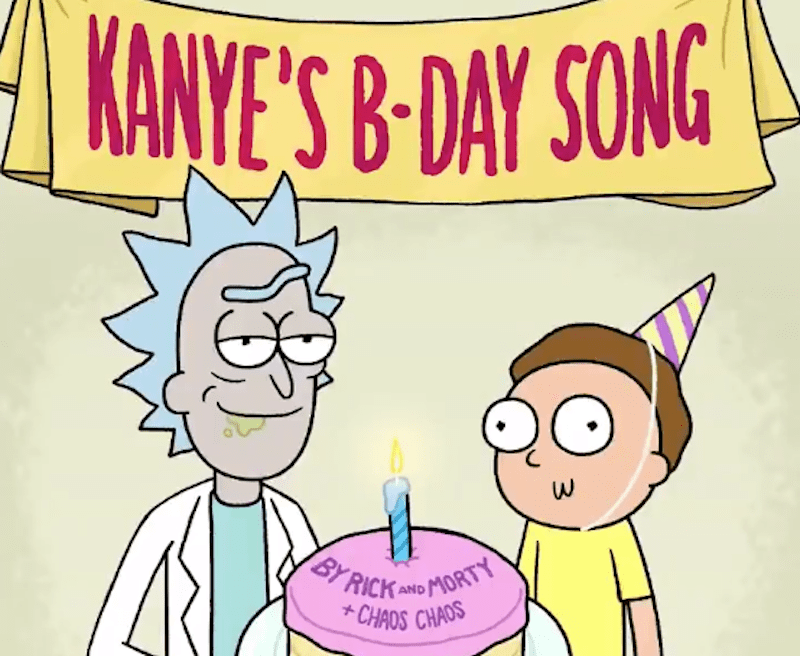 It’s a big day for Kanye West. Not only did he release his Kids See Ghosts collaborative album with Kid Cudi, but the Chicago MC is celebrating his 41st birthday. As a special treat, his wife, Kim Kardashian, got the stars of his favorite show to sing him a happy birthday song. The only thing is, Kanye’s favorite show is Rick and Morty, and those guys aren’t exactly known for taking things in an appropriate direction.

In “Kanye’s B-Day Song”, which features sisterly Seattle indie pop duo Chaos Chaos, Rick and his young ward Morty sneak into Kanye’s room to celebrate the event that “only happens once every seven years.” Unfortunately, Kanye is fast asleep and Kim seems to be out — but that doesn’t stop Rick from slipping into bed with the rapper and “cuddling” him… at least we hope that all he’s doing. And because Rick is the kind of superior intelligence who can’t pass up a good opportunity for a clone, he snags a pit of Kanye’s hair before rushing from the room.

Take a listen to the entire, ridiculous thing below.