Jim Carrey is a spiraling Mr. Rogers in trailer for Showtime’s Kidding: Watch 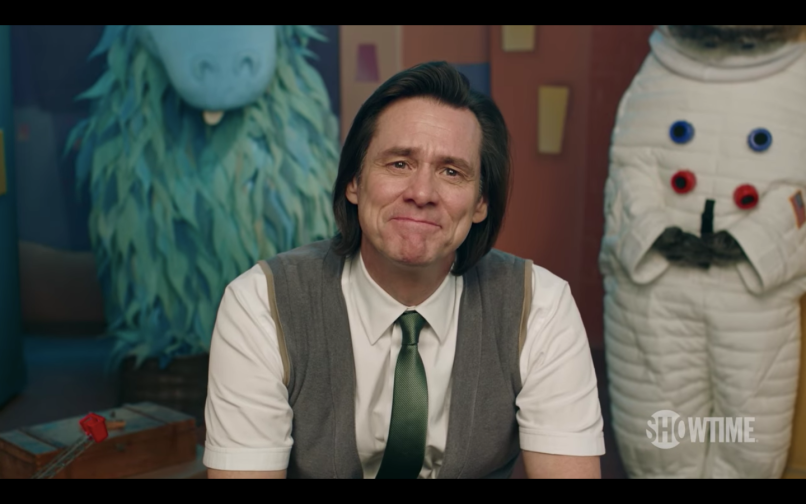 It’s been more than 20 years since Jim Carrey was last regularly seen on television. With Kidding, he’ll make his triumphant return.

Now, thanks to an announcement from Showtime, we’ve got a date, a trailer, and a reminder that Carrey is reuniting with more than just the insides of televisions across the country. He’ll also be joining forces with Eternal Sunshine of the Spotless Mind director Michel Gondry.

The series follows Jeff (Carrey), a.k.a. Mr. Pickles, a beloved children’s television figure. He’s also, per the Hollywood Reporter, the anchor for “a multimillion-dollar branding empire. But when his family life begins to implode, Jeff finds no fairy tale, fable or puppet will guide him through this crisis, which advances faster than his means to cope. The result: A kind man in a cruel world faces a slow leak of sanity as hilarious as it is heartbreaking.”

Gondry, who picked up an Oscar for the screenplay for Eternal Sunshine…, helped Carrey to build what’s arguably the best performance of his career on that film, so the reunion is an exciting one. Both men serve as executive producers for the half-hour “comedy,” as does Dave Holstein, who created the series and scripted the pilot. Gondry will reportedly direct several episodes. The cast also includes Catherine Keener, Judy Greer, Frank Langella, and Justin Kirk. Also: puppets!

Carrey and Holstein are executive producer on fellow Showtime series I’m Dying Up Here, which began its second season last month. Kidding premieres September 9th, after the 9th season premiere of Shameless. Watch the trailer below.