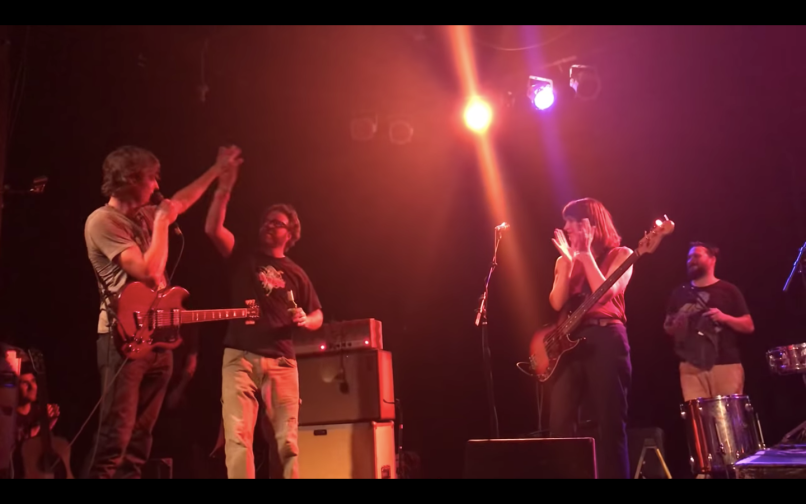 Stephen Malkmus, noted Smashing Pumpkins skeptic, is on the road in support of his new album with the Jicks, the terrific Sparkle Hard. He and the band took the stage in Carrboro, North Carolina Tuesday night, and before the final chord rang out, they were joined by a special, and unexpected, guest.

(Listen: Stephen Malkmus on 30th anniversary Pavement reunion: “I’m not so keen on it”)

Pavement drummer Steve West joined Malkmus and the Jicks for a pair of his old outfit’s songs, “Shady Lane” and “In the Mouth a Desert”. It’s the first time Malkmus and West have played on stage together since the 2011 Pavement reunion tour.

Check out the footage below, because it’s probably the closest thing you’ll see to a Pavement reunion anytime soon. In a recent interview with Kyle Meredith, Malkmus said he’s “not so keen” about the idea of Pavement getting back together in celebration of its 30th anniversary. “I’m full time with my life, so I don’t know if I have time for a Pavement reunion,” he explained.