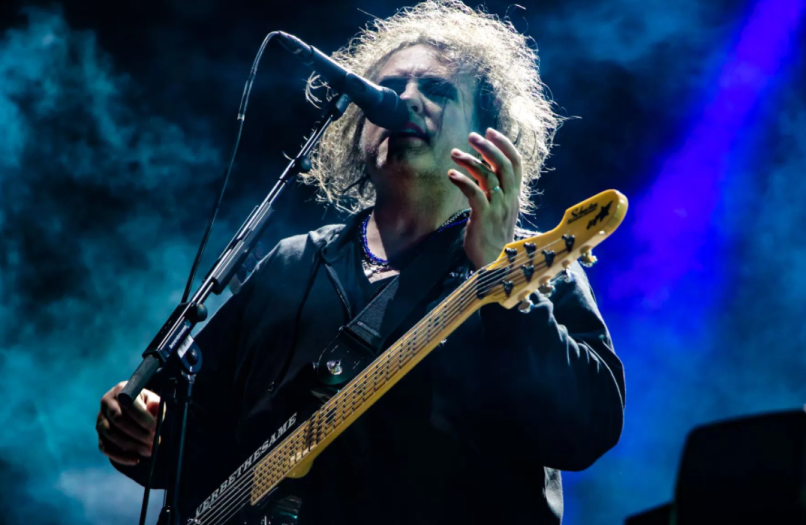 On Sunday evening, The Cure’s Robert Smith closed out his own Meltdown Festival with a career-spanning setlist in the truest sense. Appearing as Cureation 25, since the band’s forthcoming Hyde Park gig has been billed as their only European date of the year, the 28 songs performed were split into two separate sets that essentially saw Smith and the gang dusting off two songs per album.

The first section, “From There to Here”, included one song from each of their 13 studio albums in chronological order, coming to a close with their unreleased 2016 track, “It Can Never Be the Same”. The second section, aptly dubbed “From Here to There”, kicked off with their new song, “Step Into the Light”, before going backwards through their discography, ultimately opting for “Boys Don’t Cry” over another track off Three Imaginary Boys.

As Slicing Up Eyeballs reports, there weren’t any special guests, despite initial reports; instead, the night featured the current lineup of The Cure, which consists of bassist Simon Gallup, drummer Jason Cooper, keyboardist Roger O’Donnell, and guitarist Reeves Gabrels.

The entire performance is available to stream below. Peep the setlist shortly after and a selection of fan-shot footage.

Setlist:
From There to Here
Three Imaginary Boys
At Night
Other Voices
A Strange Day
Bananafishbones
A Night Like This
Like Cockatoos
Pictures of You
High
Jupiter Crash
39
Us or Them
It’s Over
It Can Never Be the Same

From Here to There
Step Into the Light
The Hungry Ghost
alt.end
The Last Day of Summer
Want
From the Edge of the Deep Green Sea
Disintegration
If Only Tonight We Could Sleep
Sinking
Shake Dog Shake
One Hundred Years
Primary
A Forest
Boys Don’t Cry