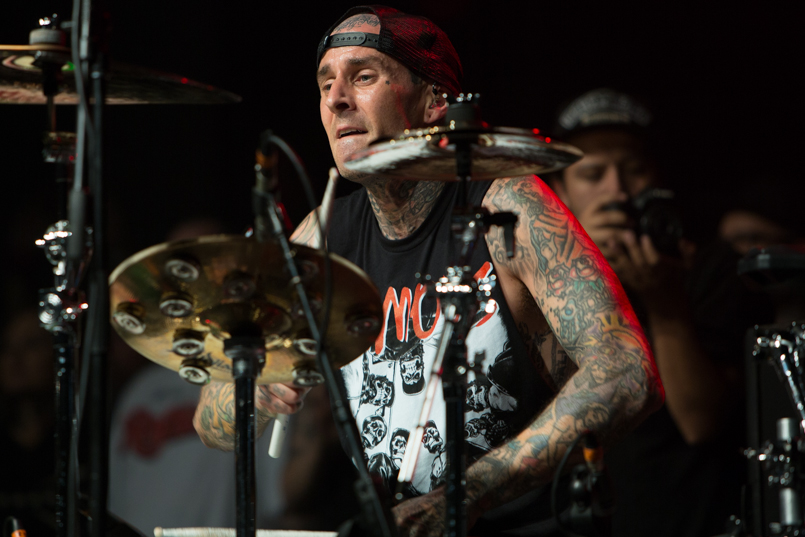 Blink-182 drummer Travis Barker is suffering from blood clots in his arms, which are preventing his ability to play. As a result, the band has been forced to postpone its ongoing residency in Las Vegas.

“Friends, Travis Barker is suffering from blood clots in both arms and unfortunately cannot perform until cleared to do so by his medical team. The situation is currently being closely monitored,” Blink-182 said in a statement.

In a tweet, Barker revealed that he was also suffering from a staph infection. He promised to “be back soon.”

If untreated, blood clots can lead to serious medical issues and even death. Several notable athletes including NBA superstar Chris Bosh have been forced to retire after developing blood clots, while rapper Heavy D lost his life from a pulmonary embolism caused by a blood clot.

Blood clots in both arms and a staff infection wasn’t the news I was hoping for. I’ll be back soon, thanks for all the love & prayers ????????