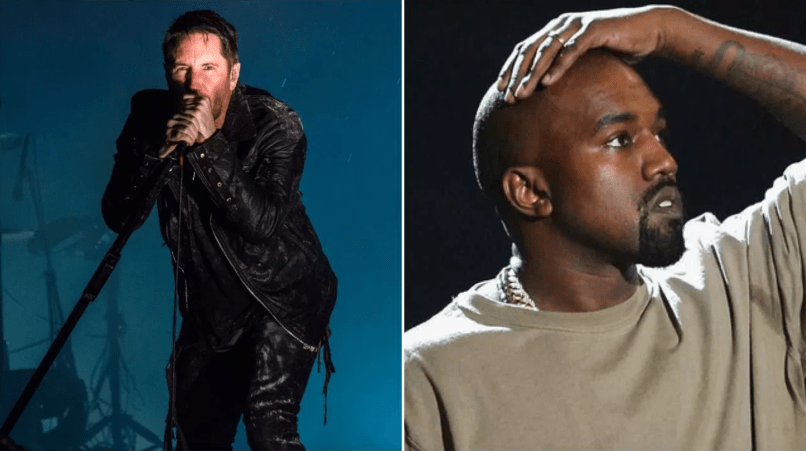 Trent Reznor has had some words for Kanye West as of late. Last week, Reznor said Kanye’s latest album, ye, “sucked, and that’s it.” Now, the Nine Inch Nails frontman is claiming that both Kanye and R&B star The Weeknd have knowingly stolen ideas from his band’s stage productions.

In a new interview with BBC Music, Reznor recalled watching Coachella streams “from the comfort of our couch,” and noticing that “every band has a video playing behind them, and every band is synced up with a convenient, polite lighting package,” just like NIN does. “And I saw Kanye West blatantly rip off – and The Weeknd rip off – our tours production-wise, which I’ll say without any hesitation. And they know [it].”

The fact is, Reznor has a point; they probably do know. Production designer Martin Phillips has worked with both NIN and Kanye, as Pitchfork notes. Meanwhile, the production designers behind The Weeknd’s Starboy Tour flat out told Billboard that they “always called [The Weeknd’s] aesthetic the Nine Inch Nails of R&B.” They went on to say Roy Bennett’s lighting work with both NIN and Prince had “inspired me since I was in college.”

Hoping for something more original, Reznor went on to say that he’d be more excited to see things like The Cure and Jesus and Mary Chain did back in the ’80s. “… Smoke, maybe a color, a little bit of someone’s hair, and real, real louds guitars. That’s exciting, and I don’t see that happening much.” He said he’s taken NIN back towards that sort of show, less reliant on technology and immersive experiences. “It’s music being played somewhat sloppily, with an element of danger and uncertainty and unpredictability. And we mean it, and we’re sweating, and it hurts on stage at times. And it worked.”

Watch Reznor make his comments below.

Did @kanyewest and @theweeknd "blatantly" rip off @nineinchnails' live show?