"I find myself playing it for people," he said, "like, 'You've got to fucking see this.'" 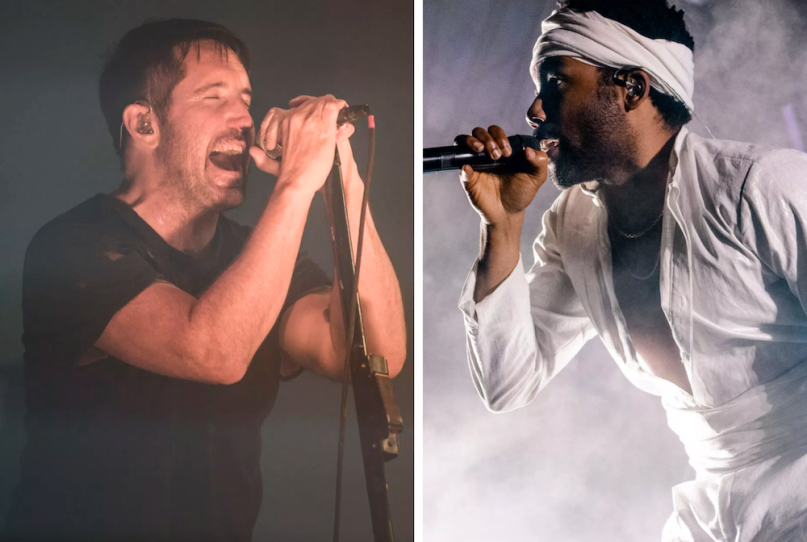 In an interview with the New York Times earlier this week, Trent Reznor criticized Taylor Swift for staying silent on Donald Trump in an effort to protect her brand. Today, the Nine Inch Nails frontman is the focus of another new interview, but this time he’s singing the praises of  rapper and actor extraordinaire Donald Glover.

Upon the May release of “This Is America”, Glover’s latest single as Childish Gambino, Reznor was quick to express his resounding approval. “I can’t remember the last time I watched a music video all the way to the end, let alone one five times in a row,” he wrote on Twitter. “Incredible work!”

I can't remember the last time I watched a music video all the way to the end, let alone one five times in a row. Incredible work! #ThisIsAmerica

He continued to heap praise on the Solo: A Star Wars Story star in a lengthy chat posted to NIN’s official website. “I’m significantly blown away by Donald Glover’s thing,” Reznor told interviewer and Meet Me in the Bathroom author Lizzy Goodman, describing the video for “This is America” as “bold daring.”

He also praised Glover’s FX series Atlanta as “fucking genius,” adding, “He’s taken advantage the fact that television is hot right now. He’s done something excellent in a network format… It’s just: I’m impressed. I find myself playing it for people — like, ‘You’ve got to fucking see this.'”

(Ranking: Every Nine Inch Nails Album from Worst to Best)

Goodman then asked Reznor if Glover’s work makes him “feel at all better about the state of the universe, or at least the state of modern pop culture,” to which he replied with even more accolades:

“It really truly does. And I’ll tell you why. Because in general it feels like the bar keeps lowering. To see this come out and then to see how long it was staying in the conversation, seeing how many people were talking about it, I appreciated it being provocative and I appreciated people arguing about it. It’s important. It was done with excellence. And that’s what I miss.”

Elsewhere in the interview, Reznor talked about his many film scoring projects as well as the importance of NIN’s trilogy of releases leading up to new album Bad Witch, which drops on Friday. Read the entire thing on the group’s website.

Revisit “This Is America” below: