Ahead of his forthcoming debut solo album, Mulberry Violence 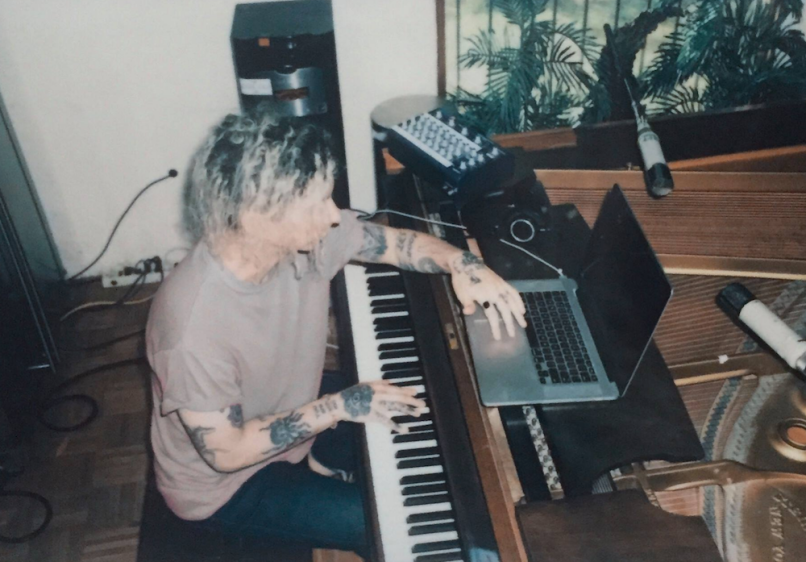 Two years ago, Trevor Powers hung up his Youth Lagoon moniker in favor of a solo project under his own name. Mulberry Violence is his debut album as Trevor Powers, and it’s expected to drop August 17th through the songwriter’s own Baby Halo label.

Three early previews of the LP have already been shared so far, “Playwright”, “Ache”, and “Plaster Saint”. Today, Powers has unboxed two more for his fans, “XTC Idol” and “Dicegame”. Listen to both below.

The first is a haunting and twisted piece of piano pop that was inspired by a visit to Central Europe. Per a statement:

“I took a trip to the Czech Republic & visited Sedlec Ossuary, a small Roman Catholic church elaborately adorned with the bones of 40,000 people ::: many of whom died from the plague. Garlands of skulls. Crosses of femurs. Chalices of hipbones. A chandelier made from every bone in the human skeleton. This was all constructed as a way to honor the dead. For me, it was a labyrinth of mirrors. My reflection multiplied thousands of times in front of me, & I couldn’t look away. I saw myself as I really was. Trembling, I said a hushed prayer. Each turn showed me there was no escape from how it all ends; beneath this skin & without this spirit was just another heap of bones. As the tension through my muscles eventually lessened, a peculiar peace washed over me. My problems shrunk. My stress diminished. My pain was temporary. Maybe one day someone will use my tibia in a human chandelier…

“Dicegame”, meanwhile, is a noisier synthpop affair with dooming percussion sandwiched between high-pitched screeches. According to Powers, like much of his material, the track came together thanks to a perfect blunder:

“The mistake is always more captivating than the intention. Dicegame had 6 other versions before it. All of them different; none of them honest. The entryway refused to accept any of my passcodes; it wasn’t until the big blunder came & I typed that into the keypad that the gate finally swung open. I chased the accident, mutated it, made more mistakes along the way, viscerally put them together, & the song finally had life.

Powers is set to bring Mulberry Violence to cities across North America and Europe on a tour this fall.